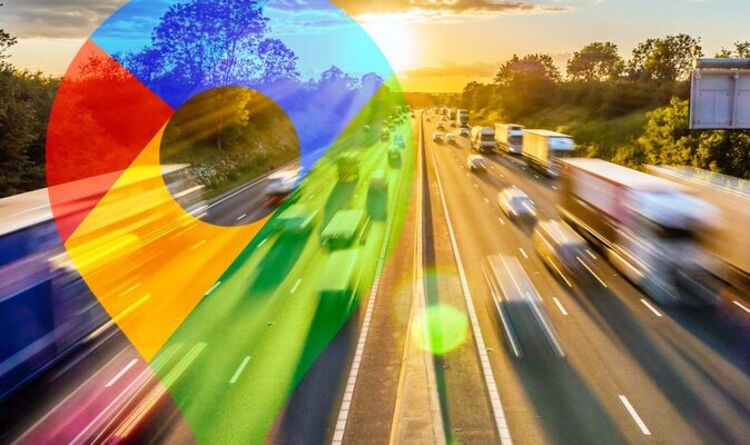 Google is rolling out a big update to its hugely popular Maps navigation app that will make it more detailed than ever before. The Mountain View firm is currently pushing out an update that will add traffic lights and stop signs to the navigation screen. Traffic lights began appearing in Google Maps in 2020 for select regions, but this is the first time these extra icons will be more widely available.

It will also be the first time that traffic lights and stop signs appear on the directions screen that’s used for helping Google Maps users get from point A to B.

Google began pushing out this new feature at the start of this month, with the tech giant saying the rollout would be complete in the coming weeks.

So if you’re lucky this new feature may be added to your Google Maps in Android, iOS, Android Auto or CarPlay just in time for Easter.

Speaking about the new feature in a blog post the search engine giant said: “Driving on unfamiliar roads can be stressful — especially when you’re driving at night or with a car full of people. We’re adding rich new details to Google Maps’ navigation experience so you can explore with confidence. You’ll soon see traffic lights and stop signs along your route, along with enhanced details like building outlines and areas of interest. And, in select cities, you’ll see even more detailed information, like the shape and width of a road, including medians and islands–you can better understand where you are, and help decrease the odds of making last-minute lane changes or missing a turn.”

Besides this handy new feature, Google is also adding information about toll roads for the first time in certain areas.

The extra information in Google Maps is getting added first for users in the US, India, Japan and Indonesia – with more countries seeing estimated toll prices pop up “soon”.

This feature will give you estimated toll prices before you start a journey, or alternatively if you want to avoid a toll completely where available Google Maps will show you toll-free routes.

Also, if you’re an iPhone user Google has announced new ways to make it easier to explore with the Maps app.

These new features for Apple fans are the ability to access Google Maps from the iOS home screen thanks to widgets, being able to navigate from your Apple Watch without the need to have your iPhone with you too, and Google Maps integration directly into Spotlight, Siri, and the Shortcuts app on iOS.

After setting up shortcuts, you’ll be able to call upon Siri to help you with Google Maps directions simply by saying “Hey Siri, get directions” or “Hey Siri, search in Google Maps” to access Google Maps.

Virgin Media has a frustrating issue but 'improvements' are on their...

EE vs Vodafone vs O2 vs Three: Looking for the fastest...