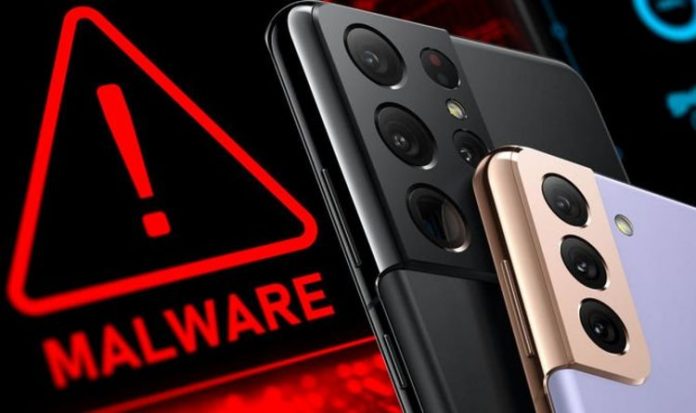 Android fans have once again been warned about some dangerous apps that pose a risk to their smartphone. But unlike with plenty of other threats, which revolve around nefarious apps that snuck onto the Google Play Store, this time around the downloads you need to avoid are found on the Samsung Galaxy Store. The threat was highlighted by Android Police, with one of their writers – notable leaker Max Weinbach – discovering several apps that may be able to infect a Samsung Galaxy phone with malware.

The apps in question are imitations of the now defunct Showbox piracy app, which isn’t working in 2021 after being targeted by rights holders for copyright violations.

Weinbach found at least five fake Showbox apps on the Samsung Galaxy Store which are blocked by the Google Play Protect security system.

“I’ve found at least 5 of these apps in a row on the Galaxy Store.”

Analysis of the offending apps show the downloads are capable of asking for unnecessary permissions such as accessing contact information, call logs and use of the phone.

It’s also been found that the offending apps are capable of downloading a range of different malware and then executing malicious code on an unsuspecting victim.

Describing the threat these apps pose, Android security analyst linuxct explained: “At any moment it may become a trojan/malware, hence it’s unsafe and thus why so many vendors flagged it in VT/Play Protect.”

The Samsung Galaxy Store, unlike the Google Play Store, doesn’t list how many installs an app has had.

But the fake Showbox apps have together received hundreds of reviews, including some that mention a user received a malware warning when they tried to install it.

The fake Showbox apps aren’t listed on the Google Play Store, while the Showbox app hasn’t been working for almost two years.

If you want to avoid downloading a dangerous app – whether that’s one that has snuck onto the Google Play Store or one of the Samsung Galaxy Store – there are a few bits of good practice you should follow.

Firstly, make sure the app you are downloading is from a trusted source.

With so many third-party apps out there for Android, this can be tricky – so if you see an app you like the look of from a name you’re not familiar with then look through the reviews.

If there’s not many reviews, or you find there are lots of negative reviews which warn of suspicious activity, then you should have alarm bells ringing immediately.

And if you want an added bit of protection then make sure you sign-up to get an anti-virus solution. You can find details on money-saving deals running on a range of anti-viruses below…

Got a Samsung Galaxy phone? You could be at risk from a new Android threat

Sick of Windows 11? Google has a FREE alternative ready to...

As millions blocked from Sky TV and free movie streams, another...