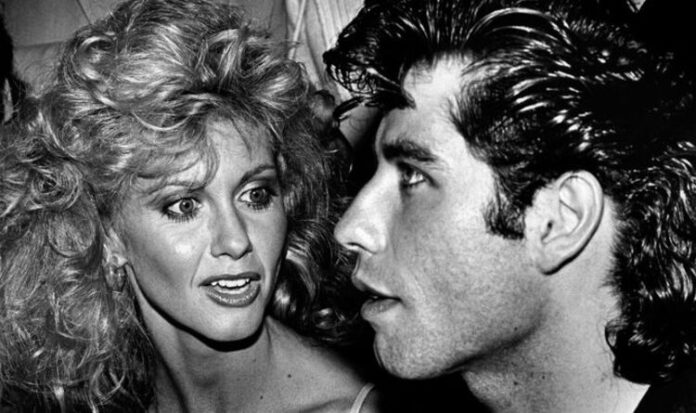 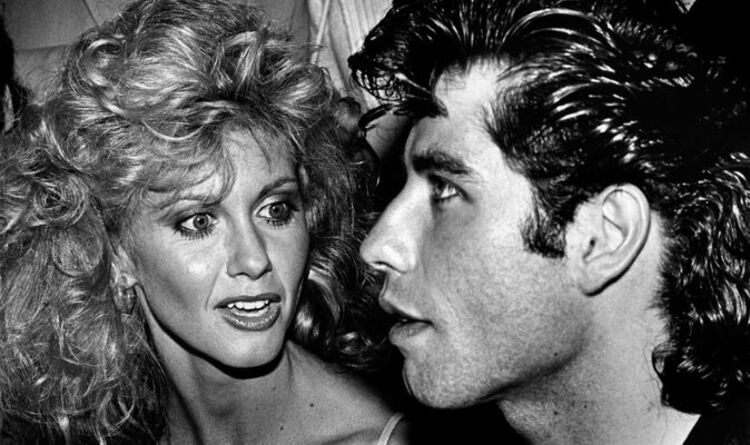 Danny Zucko and Sandy Olsson remain one of the great movie musical romantic pairings. From innocent puppy love on a beach all the way to leather-clad raunch by the end, their chemistry didn’t just give us chills, it was electrifying. And, it seems, the two stars themselves also felt the same way. Travolta and Newton-John have both spoken out about how they were hot for each in real life too. She also said in her autobiography Don’t Stop Believin’: “Yes, we really liked each other and there was an attraction.” A passionate kiss at the film’s after-party fuelled the rumours even more.

Travolta was a driving force behind his co-star being cast, saying at the time: “There is only one person that should play this role and it’s Olivia Newton-John… She’s every guy’s dream.”

Newton-John remembered him persuading her to take the part despite her misgivings about her age and perviosu movie missteps: “I went outside to be greeted by those piercing blue eyes and the warmest smile on the planet. In person, John Travolta radiates pure joy and love. That day, he greeted me with a big hug like we were already lifelong friends. How could you say no to John Travolta?”

Both stars have always denied anything went beyond the deep friendship that they maintain to this day. Newton-John opened up in 2018 and explained why she was happy that they never acted on their passion: “We were both with other people when we were filming and I think, respectfully, it just didn’t happen.

“I think it was good because I think it kept the tension there and the chemistry. It might have been a real disaster had we decided to date or we had a falling out or something. So I think it was just as well that it didn’t happen. But we’re still great friends.

“The truth is, it never went beyond friendship with John despite the fact that the fans wanted for us to become a couple in real life. We left the making out to Sandy and Danny, but the deep feeling of sisterly love I have for John continues to this day.”

Newton-John clarified in her autobiography Don’t Stop Believin’: “We would never date because we were both involved with other people at the time, and both of us have a loyalty streak that runs deep.”

However, her sister found love with another cast member. Jeff Conaway, who played Danny’s sidekick Kenickie, ws also smitten with Newton-John but too nervous to approach her for a date. But then he saw her talking to another beautiful woman at a party during teh fiolm shoot.

He later said: “I looked across the living room and saw this terrific-looking lady talking to Olivia. I decided to go over and take charge before the pack of wolves descended.”

It was the star’s older sister Rona, who was visiting the set from England in 1977. She later said: “I liked him straightaway.”

They married in 1980 and were together for five more years before it ended in divorce.

Travolta and Olivia Newton-John, of course, have remained extremely close for almost 45 years, their deep platonic love and devotion to each other lasting longer than a high-school summer fling or, in fact, most Hollywood marriages.

Grease: Olivia Newton-John confirmed ‘sexual tension’ with Travolta ‘We both wanted to’