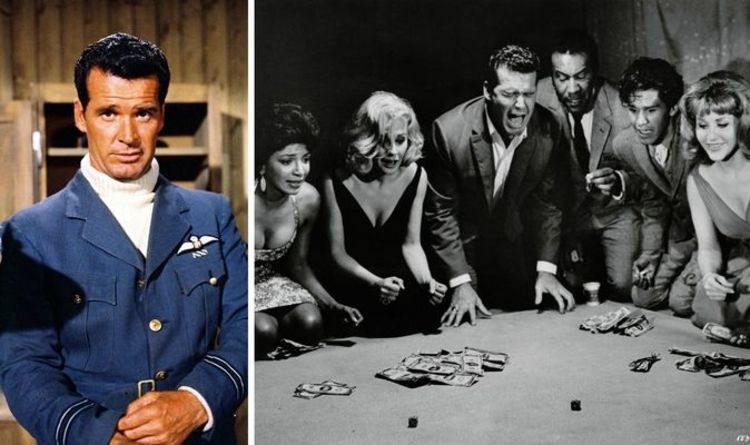 Watch ‘The Great Escape’ on Channel 4 this afternoon at 3:15pm. Mr Garner stars alongside an ensemble cast that includes Steve McQueen and Charles Bronson in the beloved World War 2 epic. The Sixties classic, based on a true story, sees hundreds of allied prisoners of war boldly attempt to tunnel themselves out of a Nazi prison camp.

The plan, which in real life saw Commonwealth prisoners of war escape German POW camp Stalag Luft III, was part of a mission to cause massive disruption in the heart of the Third Reich.

Mr Garner plays US pilot Hendley aka ‘The Scrounger’, in the beloved war film.

The character was so suave and put-together that Mr McQueen was even reportedly jealous of his co-star’s deep blue suit.

However, despite being a Hollywood leading man for decades, lauded for his classic good looks, Mr Garner admitted to having confidence issues when around women.

When asked by Panorama Magazine in 1981 if he was frightened when it came to romance, Mr Garner responded: “Not frightened, scared.

“I don’t know why. I’ve known women I just melt around.

“I can’t talk ‒ I’m afraid I might do something or say something wrong, that they’ll dislike me.

The pair met at a Democratic presidential rally in 1956 and then reportedly spent every night together for two weeks.

In his 2011 memoir ‘The Garner Files’ the actor wrote: “It was love at first sight. The ‘thunderbolt’.

“She was as beautiful as she was sweet.

“She reminded me of Audrey Hepburn, only full-bodied like Sophia Loren. And she was obviously a good Democrat.

“I was nuts about her from the moment we met. Still am.”

Just weeks after they first met, the couple wedded at the Beverly Hill courthouse, despite the actor’s family being against the marriage.

Mr Garner said that his parents did not believe the young couple had anything in common, citing their striking difference in height.

Yet the couple defied the doubters and were together until Mr Garner’s death in 2014.

‘The Garner Files: A Memoir’ was written by James Garner and published by Tantor Media Inc. in 2011. You can find it here.

Watch ‘The Great Escape’ on Channel 4 this afternoon at 3:15pm.