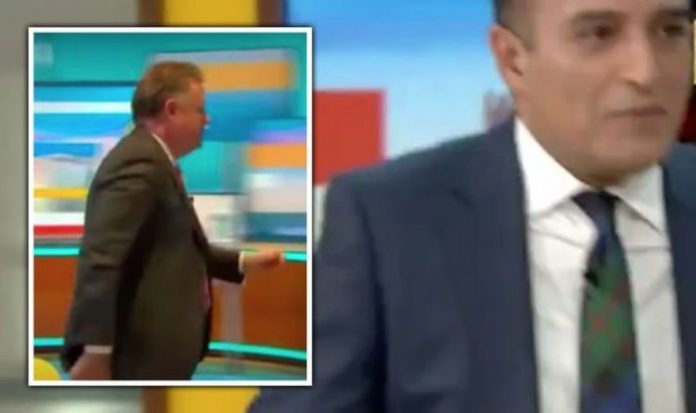 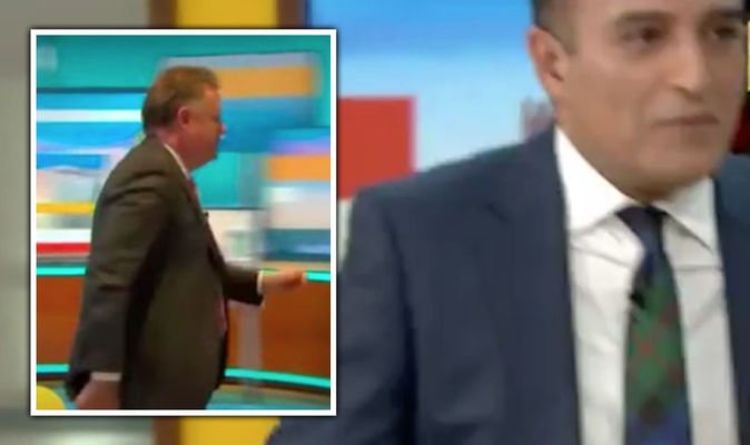 Andi Peters joined Charlotte Hawkins and Adil Ray in the Good Morning Britain studio on Tuesday to introduce what was coming up on Lorraine later on in the morning. However, Adil cheekily threatened to walk off as he poked fun at Piers Morgan after Andi made a lighthearted joke at the GMB host’s expense.

Andi Peters joined Charlotte Hawkins and Adil Ray in the Good Morning Britain studio on Tuesday to introduce what was coming up on Lorraine later on in the morning. However, Adil cheekily threatened to walk off as he poked fun at Piers Morgan after Andi made a lighthearted joke at the GMB host’s expense.

While Lorraine Kelly enjoys a break over Christmas, Andi has stepped into host her daytime show.

Adil encouraged Andi to do an impression of the Scottish presenter but he admitted he couldn’t.

“Lorraine might be watching she’ll be thinking, ‘What the heck have I done letting him sit in my seat?’” Andi said.

After revealing what viewers could expect from Lorraine, Andi shared details of the GMB competition.

While listening to his earpiece, Andi remarked: “Oh hang on. Now boss? Since I’m here I mean are you sure you can afford me?

“Uh oh,” Charlotte joked and Adil quipped: “I’ll just go now or no we’ve had a storm out before.”

The presenter stood up before quickly changing his mind and sitting back down again.

The presenter then cheekily introduced himself doing the competition announcement.

“I think what we need now is one of television’s best presenters,” he quipped.

“We need a legend in his own lunchtime please welcome to ITV, again, me.”

Andi has been presenting Lorraine from the GMB studio after ITV introduced changes to protect its teams as Covid cases rise in the capital.

Andi explained on Monday: “Obviously here at ITV we’ve enhanced our procedures which means I’ll be using this studio to do Lorraine instead of the using the Lorraine studio which means it protects our staff and us as well.”

ITV viewers were thrilled to have Andi take over from Lorraine as @mrsfedup3 tweeted: “Loving Andi Peters on #GMB.”

@JoeyKnock wrote: “I know it wasn’t the plan, but Andi Peters is already on fire this week filling in Lorraine’s slot in the GMB studio. Although it’s missing the cosiness of a daytime TV set, it feels more like Andi’s slot rather than hosting someone else’s show.”

“@GMB how lovely to see Andi Peters this morning. He is so talented and always cheers me up,” Karen Stirling added.

Meanwhile, both This Morning and Loose Women have been taken off air for Christmas with the shows expected to return in January.

‘Had a storm out before!’ Adil Ray jibes at Piers Morgan as he threatens to walk off GMB