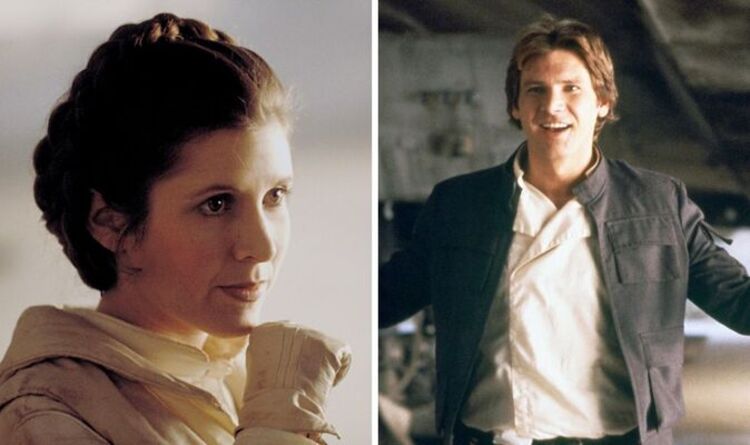 During a 2016 interview with Today, Fisher admitted the relationship was mostly sexual, calling it a “three-month one-night stand.” Despite feeling guilty about it, she added: “I wasn’t raised that way but when you’re on location — this is something I discovered — everything is permitted.”

One of the biggest nights for the pair was when she was invited to a party with The Rolling Stones. Speaking to The Daily Beast in 2015, the actress cleared some of the rumours regarding the chaotic evening.

She said: “Yes, that one’s true … I was renting Eric Idle’s house for five months, and he was doing Monty Python down in Tunisia, and they had a drink that they would give to the extras to make them more compliant. And they called it the Tunisian Death Drink.”

Harrison Ford Carrie Fisher affair: ‘You can tell we were drunk in that Star Wars scene’