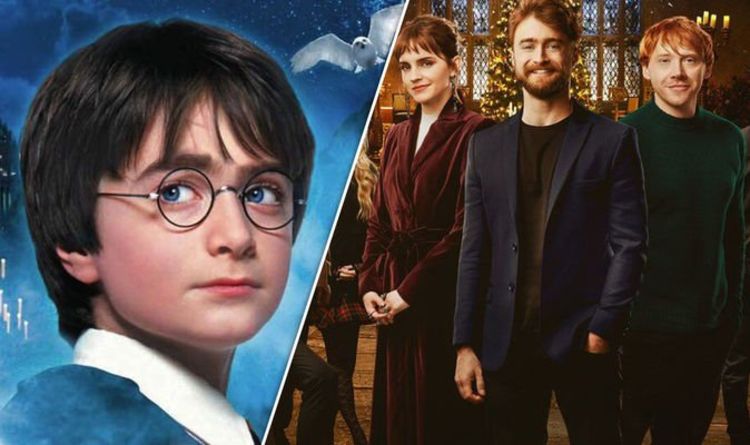 Harry Potter Return to Hogwarts is at long last airing today (January 1 2022), with the highly anticipated 20th anniversary reunion show being shown exclusively in the UK on Sky TV. The reunion will see the three main stars of the Harry Potter films – Daniel Radcliffe, Emma Watson and Rupert Grint – along with plenty of other stars from the cast come together to mark the 20th anniversary of the release of the first Harry Potter film, The Philosopher’s Stone. The long-awaited reunion is an HBO production, but thanks to an exclusive tie-in with Sky – which sees other hit HBO shows like Game of Thrones and Succession air exclusively with Sky – means the two hour Harry Potter event will only be shown on Sky Max. Thankfully, Sky is running some amazing money saving deals you can take advantage of right now…

As part of its Christmas sale, you can get access to Sky TV from just £26 a month.

This will give you access to the award-winning Sky Q box – which lets you pause, rewind and record live television – and let you watch over 100 channels not on Freeview – including Sky Max and Sky Atlantic.

Of course, if you sign-up to this deal today – you won’t be able to get an engineer to come out and set-up your Sky Q box in time before Return to Hogwarts airs.

However, you will be able to get access to Sky Go – the service which lets you watch Sky TV wherever you are over an internet connection.

This will be the same case if you sign-up to get a Sky Glass TV.

While you won’t get the world’s first ever carbon neutral TV (which offers a Sky Q-style experience over an internet connection) delivered to your door in time for the Harry Potter reunion show, you will be able to access Sky Go after signing up for a Sky Glass TV.

Sky Glass is priced from £39 a month – and this price will include payments for your snazzy new Sky Glass TV as well as access to Sky TV and Netflix.

One of the great things about Sky Glass is you won’t need to get an engineer to hook up a satellite dish to your home.

You will simply be able to beam Sky TV content into your living room simply over an internet connection.

Alternatively, you can also sign-up to NOW (formerly known as NOW TV) and get the Entertainment Pass for £9.99 a month.

This will give you access to Sky Max, which is showing the Harry Potter reunion. Alternatively, NOW is also running a limited-time offer which bundles together its Entertainment and Cinema passes as well as Boost (which offers Full HD, ad-free streaming on up to three devices at once) for a reduced, promotional price of £11.99 a month.

Windows 10 fans set for most 'significant update' in a decade...