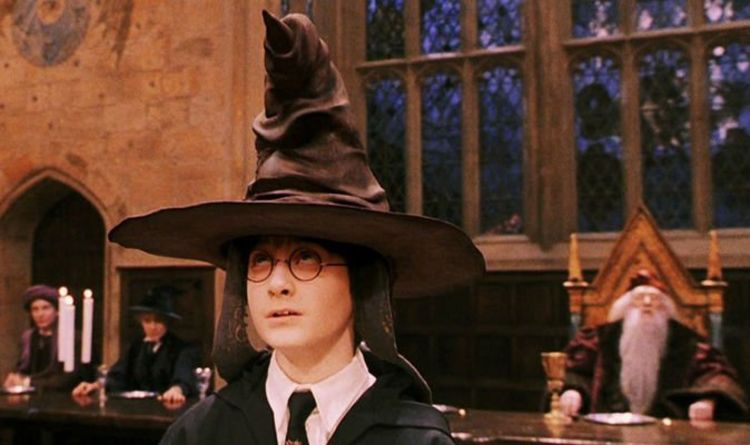 Harry Potter theory: The ONLY way to get into Gryffindor is to ask the Sorting Hat

At the beginning of every Hogwarts year, the first years are selected into Gryffindor, Hufflepuff, Ravenclaw and Slytherin. But when Harry Potter had the Sorting Hat put on his head, the Boy Who Lived was almost put in Slytherin but ended up in Gryffindor. Now a new fan theory argues that the only way to get into the house is to ask the Sorting Hat.

Reddit user Equivalent Inflation argues: “When Harry tried on the hat, it mentioned all of the houses as options and Slytherin in particular. But Harry got into Gryffindor because he asked.

“He didn’t specifically say Gryffindor, but he ruled out Slytherin, and didn’t want either other house.

“Same for Hermione: we find out the hat actually wanted to put her into Ravenclaw, but she asked for Gryffindor.”

The theorist also highlights Ron and Neville as both having been worried about getting into the Hogwarts house and not living up to their families’ expectations.

The theorist continued: “Harry never told anyone except Dumbledore about his choice until he was an adult, and Hermione only told a small group of friends [in] her fifth year.

“It’s pretty likely that they, and others, made the choice then never told anyone about it.

“When all of the Gryffindors first come in, none of them actually see[m] to have the traits of the house.”

The fan pointed out how Neville was a coward and Ginny shy as examples of how Gryffindors don’t start off brave.

The theorist added: “The test isn’t if someone is brave already, it’s if they have the bravery to make the choice.

“If someone wants to be brave, they can be, and by getting the validation from the hat, they then start choosing that for themselves.

“Neville stands up for himself, both to Malfoy and to the trio. Percy throws aside his ambition for his family, and for what is right, Ginny becomes self-confident and self-assured.”

So, all in all, the Sorting Hat choosing Gryffindor is a placebo effect, as first-years allow themselves to be brave by choosing the house.

The Harry Potter books and films may be over, but the prequel spin-off movie series is still on-going.

There have been two of five Fantastic Beasts movies to date, with the third due in cinemas in November 2021.

The untitled movie takes place several years after the events of The Crimes of Grindelwald when Credence Barebone was revealed to be Aurelius Dumbledore.

Fantastic Beasts 3 will take place partly in Rio de Janeiro, Brazil and lead up to the Wizarding World’s involvement in World War II.