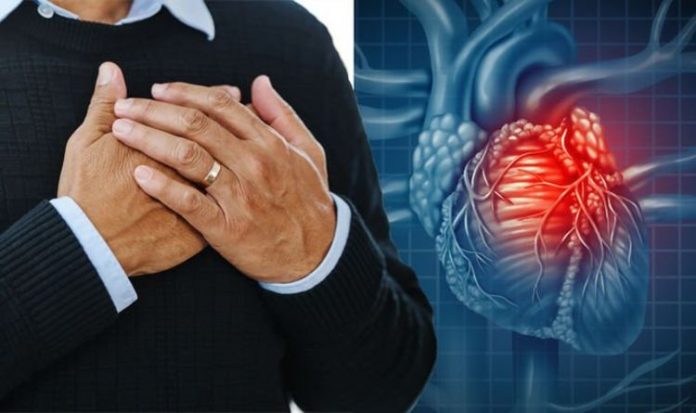 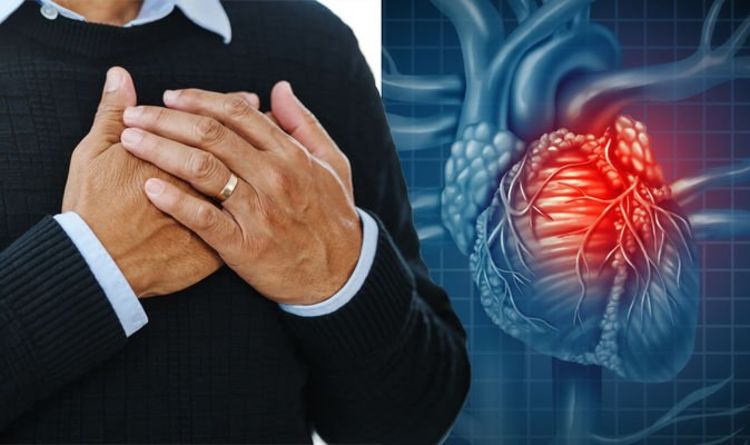 Heart attack is one of the leading causes of death around the world, with around 1.4 million survivors currently alive in the UK alone. The risk factors for the condition generally include high blood pressure and high cholesterol. One study published in the Journal of the American College of Cardiology in 2014, found that combining a good diet, regular exercise, drinking in moderation, burning belly fat, and quitting smoking could lower the risk of heart attack by 80 percent.

The research, conducted at the Karolinska Institute in Stockholm, set out to determine to what degree healthy habits individually affected one’s risk, starting with diet.

It is well established that adhering to a healthy diet is one of the non-negotiable habits for protecting the heart against the disease.

To define a healthy diet, researchers leaned on the Recommended Food Score from the National Health and Nutrition Examination Survey to characterise it.

This consisted of a minimum of five servings of fresh vegetables and fruits each day, four servings of whole grains, one or more servings of reduced-fat dairy, and a weekly intake of about two servings of healthy fish.

READ MORE: Heart attack: The ‘relaxing’ habit that could significantly slash your risk of an attack

Quitting smoking, alone, lowered the risk of heart attack by 36 percent in men who quit at least 20 years before the outset of the study.

This is consistent with findings yielded from the Million Women Study, which tracked almost 1.2 million women over the course of 12 years.

In that study, researchers found that by quitting smoking at the age of 30 or 40, individuals reaped an extra 11 years of life on average.

Ridding the body of abdominal fat is crucial for lowering the risk of heart attack.

This type of fat, also known as visceral fat, is notorious because it sits in the body’s midsection, encasing the vital organs.

It releases a chemical that increases the risk of heart attack, yet remains invisible to the eye, unlike subcutaneous fat which can be prodded.

Evidence is growing that a waist circumference and waist to hip ratio may offer a clearer indication of health risks than sheer weight.

Being physically active was equally important for lowering the risk of a heart attack.

The study found that men who walked or cycled 40 minutes per day and exercised at least one hour per week were 3 percent less likely to have a heart attack.

Despite this number being surprisingly low, exercise has strong benefits for the cardiovascular system.

It also helps strengthen bones, the respiratory system, and staves off dementia.

Drinking in moderation was shown to cut the risk of a first heart by 11 percent, which is consistent with other evidence that it could lower the risk of cardiovascular disease.

The study confirmed that individuals who drank in moderation may be healthier than those who abstain from drinking.

The researchers, however, had reservations about the benefits of alcohol, because as soon as consumption exceeds two drinks per day, the risk of heart disease and cancer significantly increases.

It remains difficult to determine whether drinking moderately causes people to be healthy, or whether these people simply tend to be wealthier in general.

Heart attack: Five habits that slash your risk of a deadly attack by 80% when combined