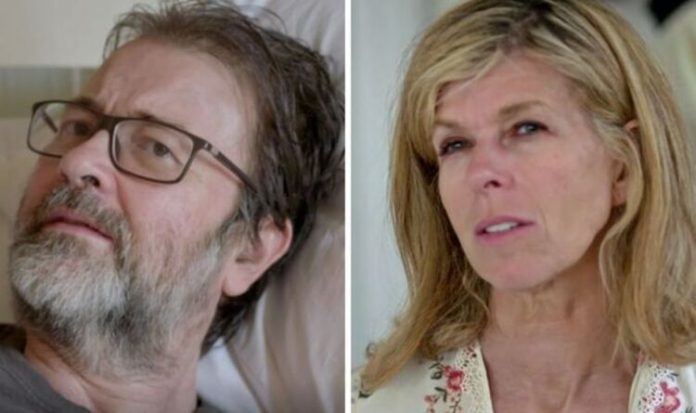 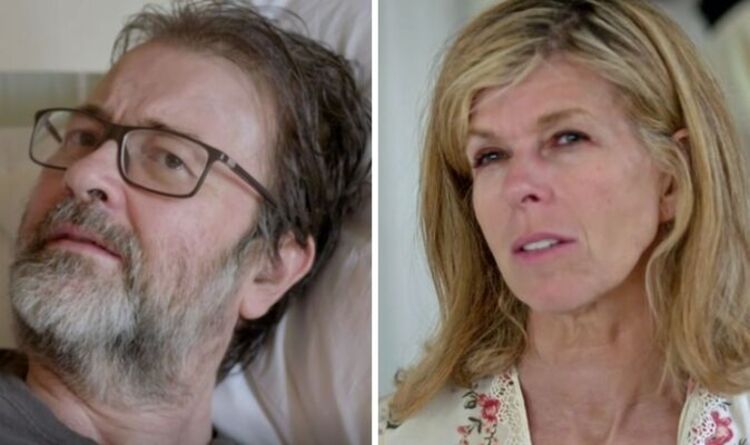 Derek Draper’s brain and body have been so heavily impacted by Covid that he has needed round-the-clock care for almost two years. During the ITV documentary Kate Garraway: Caring For Derek, the Good Morning Britain presenter candidly opened up on how her husband’s health has regressed. She tearfully admitted “he’s gone way back from this time last year” in terms of communication.

Kate’s second documentary about Derek’s coronavirus battle aired on Tuesday night and it followed her family’s journey since his return home from intensive care last April.

The 54-year-old contracted the virus in March 2020 and he had to spend almost 400 days in a hospital.

Since returning to his family home, in North London, with Kate and their two children Darcey and Billy, Derek still requires 24-hour care to help him cope with the long term effects of the virus.

Although Kate, also 54, has spoken openly about the positive progress her husband has made, in the latest documentary she detailed how much she was struggling.

The former lobbyist received specialist treatment at a clinic in Monterrey and is set to return for 28 days next month.

As reported by The Sun, Kate said: “It took weeks and weeks of planning, and when I told Derek about this place he was excited.

“He is just so desperate to get better – he will do anything he can to make that happen.”

Kate has been married to Derek for 17 years and they met after being introduced by a mutual friend.

Having taken on the role as the sole provider for their children, Kate spoke of the loneliness that remains even with her husband now at home.

Reflecting on his health, she said: “It’s like there’s both grief and hope in the same moment.

“There are flashes of the old Derek and then he disappears again, and you’re left just feeling really lonely.”

Kate Garraway: Caring For Derek is now available to watch on BBC iPlayer.