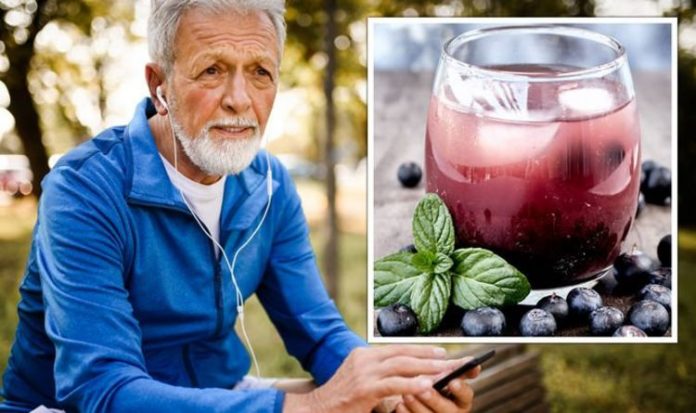 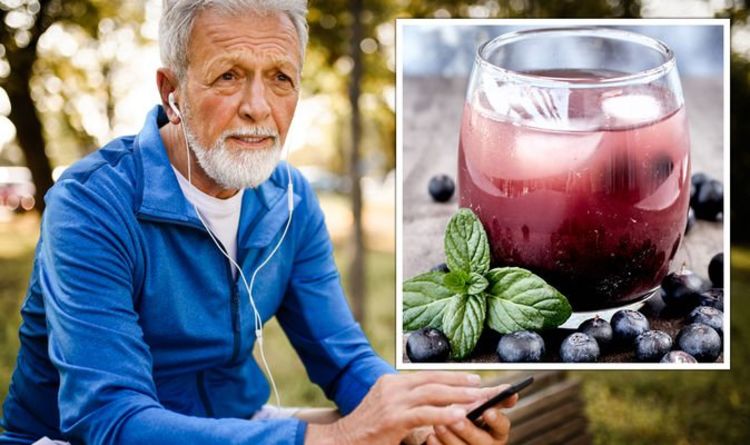 High blood pressure, also known as hypertension, is a pernicious condition that gradually puts strain on the heart, preventing it from carrying out its role efficiently. This predisposes individuals to heart attack and stroke. Thankfully, certain fruits have powerful blood-pressure-lowering effects. One drink, in particular, could slash the risk of cardiovascular disease by improving blood pressure and blood vessel function.

Blueberries have garnered a lot of attention in medical circles for their unparalleled health benefits.

According to one study by the Journal of Gerontology, Series A: Biological Sciences and Medical Sciences, the fruit could improve vascular health too.

They studied these effects after offering wild blueberry drinks to a sample of 40 men every day for a month.

Other participants received a control drink, for comparison purposes.

The subjects had their blood pressure measured at regular intervals and underwent tests measuring flow-mediated dilation of the brachial artery in the upper arms.

This allows an idea of how much the artery widens as blood flow increases.

Findings revealed flow-mediated dilation improved by about two percent within two hours of consuming the blueberry drink and the effect was sustained after one month of daily consumption.

Also, systolic pressure fell by an average of 5 millimetres of mercury.

Systolic pressure is one of the two components used to measure blood pressure.

The bottom number is diastolic blood pressure, the lowest level your blood pressure reaches between beats, according to Blood Bressure UK.

The top number, systolic pressure, is more important because it gives a better idea of your risk of having a stroke or heart attack.

“The effect was similar to that from common blood pressure drugs over the same period,” noted Harvard Health.

The researchers put the effects down to the blueberries high levels of anthocyanin – a unique antioxidant found predominantly in berries.

These molecules are what give the berries their rich colours, with blueberries known for having the highest amount.

“The research also showed that anthocyanin improves the function of endothelial cells in the body,” continued Harvard Health.

These cells, found in the inner surface of vessels, are essential for blood flow and blood pressure regulation.

The team suggested this process could help prevent the development of hypertension.

The lead author of the study, doctor Ana Rodriguez-Mateos, from the Department of Nutritional Science at King’s College London, said: “Although it is best to eat the whole blueberry to get the full benefit, our study finds that the majority of the effects can be explained by anthocyanins.

“If the changes we saw in blood vessel function after eating blueberry every day could be sustained for a person’s whole life, it could reduce the risk of developing cardiovascular disease by up to 20 percent.”

High blood pressure: The drink that lowers hypertension within ‘two hours’ of intake

Long Covid symptoms – how to tell if you are one...