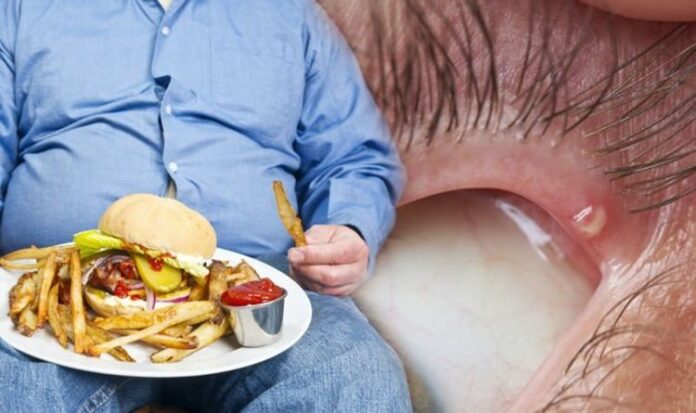 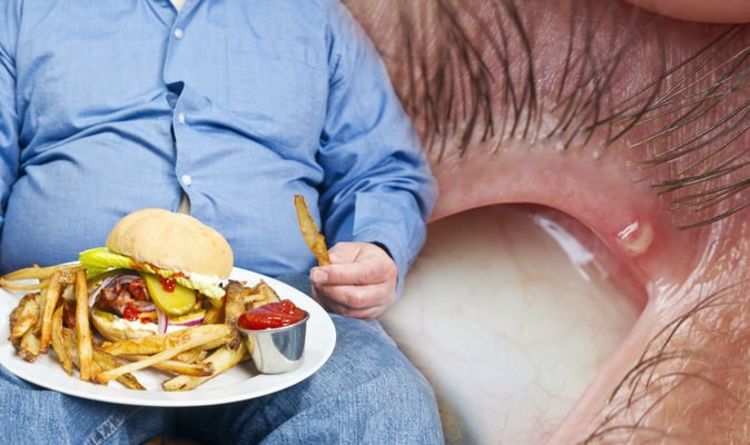 Cholesterol is not intrinsically harmful, in fact, your body needs it to build healthy cells. High levels of cholesterol is harmful, however, because it causes fatty deposits to develop in your blood vessels. This increases your risk of heart disease, a major cause of death in the UK and worldwide. Spotting unusual yellow bumps around the eyes could be an indication your levels are too high.

Dr Ranj Singh said: ““A condition to be aware of is yellowy, pearly spots around the eyes.

“It could be a mark of high cholesterol.”

While there are few signs of high cholesterol, some people with the condition may develop small skin-coloured lumps around the corners of the eyelids, known as Xanthelasma.

While they aren’t harmful – the skin condition should not be ignored and should be checked out by doctors.

The condition is caused by a collection of yellowish cholesterol deposits underneath the skin around the eyes.

In a study published in the National Library of Medicine National Institutes of Health, xanthelasma as a sign of high cholesterol was investigated.

The study noted: “The medical term xanthelasma is a lipid-rich deposition, mainly cholesterol.

“It is mostly semisolid yellowish deposits that are commonly found on the medial aspect of the eyes. It is often seen along the corners of the upper and lower eyelids.

“It is characterized by soft, yellowish papules and plaques that occur more commonly near the inner canthus of the eyelid, more often at the upper eyelid. Lesions are usually symmetrical. There might be one or multiple.

“About 50 percent of patients who develop xanthelasma have lipid disorder.”

How xanthelasma is treated

The patches probably won’t go away on their own. They’ll either stay the same size or grow over time, said WebMD.

The health site continued: “If you’re worried about how they look, you can have them removed. Your doctor can do that with one of these methods:

Dissolve the growth with medicine

Freeze it off with intense cold (they’ll call this cryosurgery)

Remove it with a laser

Take it off with surgery

To reduce your cholesterol, try to cut down on fatty food, especially food that contains a type of fat called saturated fat.

Saturated fat raises cholesterol levels which is a harmful type of cholesterol that gums up the inside of your arteries.

According to the NHS, saturated fat can be found in the following:

High cholesterol: Xanthelasma relates to yellow patches around the eyes and is a warning s

Covid vaccine: The symptom of COVID-19 'only in people who've been vaccinated'

Bowel cancer symptoms: The shape of your poo is a warning sign – when to see your GP