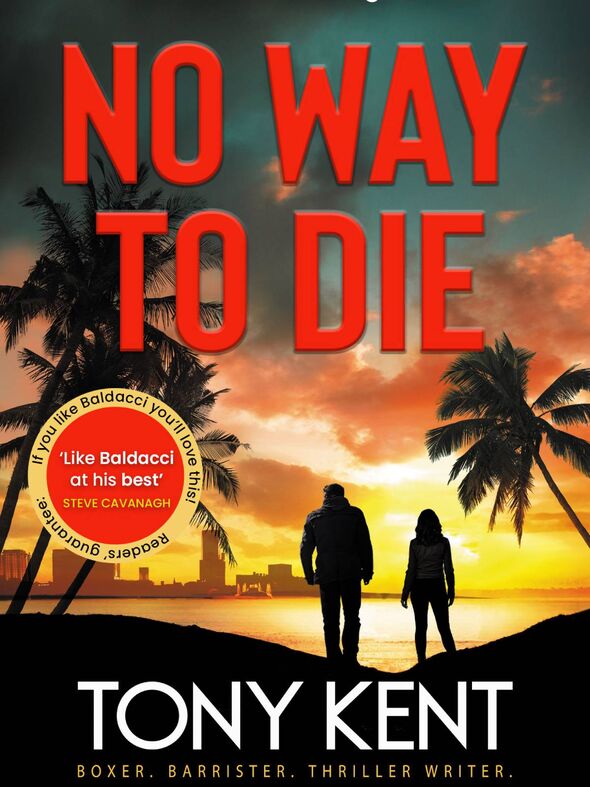 BEST BAR NONE: Advocates taking their cause to the streets outside Southwark Crown Court, London (Image: GETTY)

As they once again take industrial action, barrister and thriller writer Tony Kent admits: “No one ever lost a vote by taking a pound out of a lawyer’s pocket. It’s easy to dub us fat cats, but the reality is that government cuts have crippled the justice system.”

“But it doesn’t mean you could afford a £1,100 handbag. I can assure you even back then it wasn’t bought from her salary.”

In fact, the lawyer in question admitted her pricey “Bayswater” bag had been a gift from her mother. But it’s unlikely barristers protesting again this week against the underfunding of the justice system in England and Wales will make a similar “PR” mistake.

Eight years on they have adopted a work-to-rule policy, refusing cases passed on by other barristers who are unable to appear because another trial has overrun.

“My first two years at the bar in 2002-2003 were the end of the good times,” Kent explains. “By then, the legal aid system allowed everyone to have their representation paid for by the state, regardless of means. It led to the budget spiralling out of control.

“But New Labour, rather than admitting that paying for millionaires was a mistake, decided to create and then attack this myth of ‘fat cat legal aid lawyers’. Sadly that myth stuck.”

Kent began his career at London’s leading criminal chambers, 2 Bedford Row. “I stayed with them for 11 years. But I saw which way legal aid was going. I had a solicitor friend who was head of crime for one of the top firms so we set up a business to defend people the way we thought they should be defended.”

Despite moving into the private sector at Ewing Law, he still takes occasional legal aid cases to “sleep at night”.

“When I started, before the cuts began, as the junior on a three-month murder case, you’d be paid very good money. But that was rare and it was finished by 2005,” he says.

“Since then, salaries have gone down and down to the extent low pay is now a disincentive to people joining. They’ve made the Bar a rich person’s job again.”

The Criminal Bar Association, which represents 2,400 barristers in England and Wales, says real incomes for criminal defence advocates have fallen 28 per cent over the last two decades. Junior barristers, typically starting on £12,000 a year, are leaving the profession in droves and cuts have stopped solicitors being able to appear at court for trials.

LEGAL MAN: Thriller writer Tony Kent after being called to the Bar at 22 (Image: HANDOUT)

All of which, critics claim, has created a two-tier legal system in which only the rich can afford top class representation.

The latest strike comes despite an extra £135million to the criminal legal aid budget, claimed to be a 15 per cent rise.This was the minimum recommended by former judge Sir Christopher Bellamy QC in an independent review on tackling the staggering backlog of 59,000 cases in the Crown Court system alone.

Kent claims the increase – more like seven per cent, he calculates, when extra work has been taken into account – will be swallowed up by inflation by the time barristers are allowed to bill next year.

No Way To Die, is published today, believes the system remains on the verge of collapse.

“As insulated as I am, I’m still seeing the impact. Four times in the last year I’ve turned up to court to discover they could not find a prosecutor. That never happened once in the previous 19 years and it’s because we’re losing barristers.”

Lucrative private cases allow his own firm to take a loss on some legal aid cases.

“I’m not heavily-practising but I was brought up Irish Catholic,” Kent says. “Regardless of whether you go to church or believe in Jesus, you have a cultural guilt.”

As for diversity at the Bar, Kent says it is suffering as a result of cuts.

“A few years ago when Liz Truss was Justice Minister she said it was a disgrace there weren’t enough Asian or black QCs or judges. But for 20 years there had been more Asian candidates than as a proportion of population, and far more women than men.

“New entrants still have to learn their craft before they can become a QC or judge, but we were still well ahead of the game in diversity.That’s now stopped – it’s gone.

His own early life, growing up on a north-west London council estate, the son of a builder and a housewife and the first member of his family to take GCSEs, let alone go to university, was the polar opposite of the law’s privileged reputation.

When old heard he’d bar assumed meant Years ago, in a pub in Ruislip near where he grew up, he ran into an old schoolmate who asked what he was doing.

“When I said I’d just graduated from bar school he assumed I was a barman,” he smiles. “I explained what it really was and he said, ‘Imagine that, coming from a family of villains and becoming a barrister’.”

In fact, Kent’s family are not all villains, but his older brother was in and out of prison – inadvertently inspiring his legal career when the family trooped off to Aylesbury Crown Court where Derek was on trial for a jewellery robbery.

“We were never under any illusions. We would never have gone to court for him apart from this because he hadn’t done it. It was an old school stitch-up with planted evidence. The police said, ‘Your mum’ll be worried about you, if you tell us you did it you can go home’. He was only 17 and it’s the oldest trick in the book.

“So they had a voir dire – a trial within a trial about admissibility of the evidence. For three days, his barrister, Selwyn Shapiro, took the police apart. The whole case was thrown out but, 15 minutes into the first day, I forgot my brother was there. I was so completely taken by what he was doing.

“I remember walking out and saying to my mum, ‘That’s the job I want to do’. I was 14. She said, ‘It’s nice to have ambition but don’t tell anyone, they’ll laugh at you’.”

Instead, aged 16, he applied for the Army but his mother refused to sign his papers so, to kill time until he was old enough to re-apply, Kent took A-Levels.

“I aced them and mum said, ‘Maybe that barrister thing’s not such a bad idea after all’. I’d not applied to university so I found the only one that seemed to have a boxing club, Dundee, and it turned out to be the only place in Scotland that does English law.”

Kent was 22 when he wrote the first four chapters of his debut thriller, Killer Intent, and shoved them into a drawer. The novel was finally published in 2018.

Kent – described as the British David Baldacci – has now written a further three thrillers. “I didn’t touch Killer Intent for ten years because I was so busy.” His second book, Marked For Death, was inspired by a real event.

“I remember going into chambers and everyone was nervous because this guy they’d prosecuted 20 years earlier was being released. But they searched his cell the night before his release, and found a list of everyone he was going to kill,” he recalls.

“Now he’ll never come out. But I thought, ‘What if they hadn’t found the list?’ So you had this character hunting down the people he felt had wronged him.”

Devlin takes a backseat in No Way To Die, which majors on his other protagonist, British investigator Joe Dempsey, based at a fictional UN security agency in New York.

“I realise the absurdity of a Brit at the forefront,” he laughs. “I wanted to write James Bond for the 21st century, but Bond can’t work for Britain because who are we any more? So I invented a global security agency, an excuse for him to go anywhere.”

Back in the real world, Kent fears the Government wants a US-style public defender system – which he dubs a “guilty plea conveyer belt”.

“In the States you can be told, ‘If you’re convicted you’ll get 20 years, if you plead guilty you’ll get two’. As an innocent man, I’d take the two. In the UK, in 2017 you got one third off your potential sentence for pleading guilty at crown court. Now that only happens if you plead guilty in the magistrates before you’ve seen a shred of evidence. It’s the first step on the road to US-style plea bargaining.

“Apart from the language, our greatest export is our legal system. Some places like America bastardised it and some places like Canada did it properly. Now we’re copying the US.Why would you close half the magistrate courts where 90 per cent of trials take place unless you know soon enough you won’t need to have so many trials?”

Kent credits boxing with keeping him on the straight and narrow. “I come from a boxing family. The moment you can toddle you learn how to throw an uppercut, a hook and a right cross. Literally this morning I was teaching my son Joseph, and he’s three.”

He admits he finds the writing easy, when he has time, adding: “I’ve no intention of giving up my day job, so writing is a release – that’s why I don’t write dark stuff.

“I’m not trying to educate anyone on politics or how the legal system works. I want people to read my books and feel like they’re watching an exciting movie.”

How politics handbagged the justice system