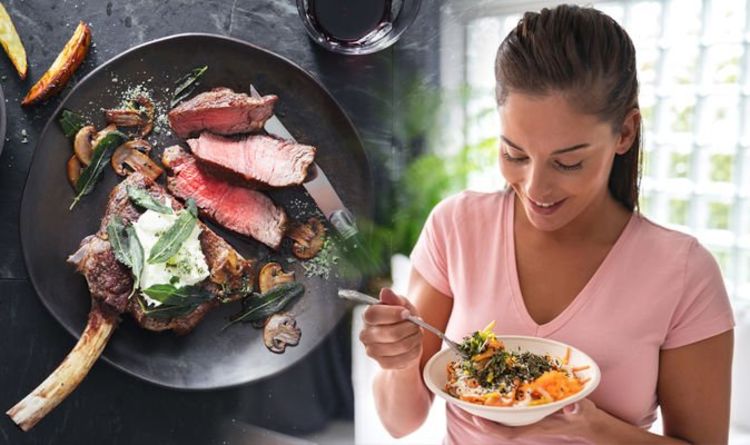 Substituting whole grains and dairy products for total red meat, and eggs for processed meat, might also reduce a person’s coronary heart disease risk. These were the findings of a study published by the British Medical Journal (BMJ). Substantial evidence suggests high consumption of red meat, especially processed red meat, such as bacon and sausages, is associated with an increased risk of death and major chronic diseases.

To address these problems, a team of US researchers looked at the relation between total, processed and unprocessed red meat and the risk of CHD, and the effects substituting other protein sources for red meat with CHD risk.

The findings of the study were based on data from 43,272 US men (average age 53) from the Health Professionals Follow-Up Study who were free from cardiovascular disease and cancer when they enrolled.

Participants filled in a detailed diet questionnaire in 1986 and every four years thereafter, up to 2016, and provided information on their medical history and lifestyle.

READ MORE: Covid new strain: Persistent hiccups could be a symptom of the new coronavirus

Medical records were used to track CHD events (fatal and non-fatal) over this 30-year period. During this time, 4,456 CHD events were documented of which 1,860 were fatal.

After taking account of other cardiovascular disease risk factors, the researchers found that for every one serving per day, total red meat was associated with a modest (12 percent) higher risk of CHD. Similar associations were seen for unprocessed (11 percent higher risk) and processed red meat (15 percent higher risk).

But, compared with red meat, intake of one serving per day of combined plant protein sources, including nuts, legumes (such as peas, beans and lentils), and soy was associated with a 14 percent lower risk of CHD.

This risk was lower still (18 percent) among men over the age of 65, and when compared with processed red meat (17 percent).

Substituting whole grains and dairy products (such as milk, cheese and yoghurt) for total red meat and eggs for processed red meat were also associated with lower CHD risk. This association was particularly strong among younger men, in whom the replacement of red meat with egg was associated with a 20 percent lower risk of CHD.

Replacing red meat with total fish was not associated with CHD risk. But the researchers say this could be due to cooking method (ie. deep frying) and the fact that this food group also included processed fish products.

This was an observational study, so couldn’t establish cause, and despite adjusting for important personal and lifestyle factors, the researchers couldn’t rule out the possibility that other unmeasured factors might have influenced their results.

What’s more, study participants were mainly white health professionals so the findings may not be more widely applicable.

Nevertheless, this was a large study with repeated measures of diet during 30 years of follow-up, suggesting that the findings withstand scrutiny.

As such, the researchers said their study showed that greater intakes of total, unprocessed, and processed red meat were associated with a higher risk of CHD, independent of other dietary and non-dietary cardiovascular disease risk factors.

“These findings are consistent with the effects of these foods on low density lipoprotein cholesterol levels and support a health benefit of limiting red meat consumption and replacement with plant protein sources,” they explained.

This would also have important environmental benefits, they concluded.

Red meat is a good source of protein, vitamins and minerals, and can form part of a balanced diet.

But eating a lot of red and processed meat probably increases your risk of bowel (colorectal) cancer, according to the NHS.

The health body advises: “That’s why it’s recommended that people who eat more than 90g (cooked weight) of red and processed meat per day cut down to 70g, as this could help reduce your risk of bowel cancer.”

How to live longer: Replacing red meat with plant foods could extend your life expectancy