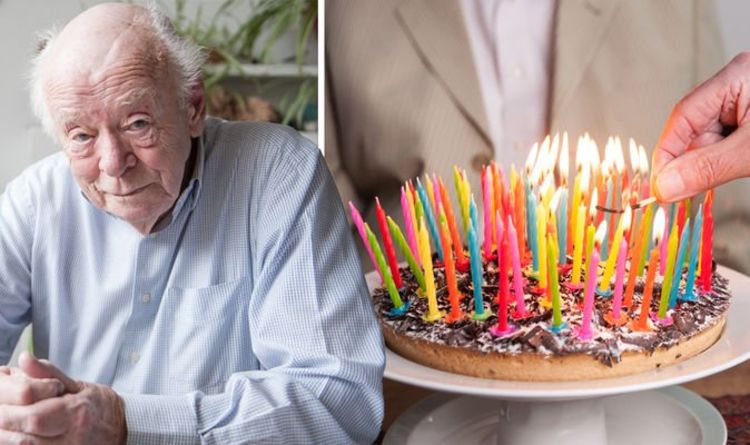 Most humans are hellbent on growing into old age, but there are few ways to determine who will or won’t succeed. Yet, lengthening humanity’s biological clock has become a major point of interest for medical circles. Studies suggest it all comes down to an amalgamation of factors, notably genetics and lifestyle. Scientists have veered into different directions in their quest to determine how long we’ll live, with some suggesting the lines on our forehead may hold the answer.

The study’s author Yolanda Esquirol, a physician and biomedical researcher at the Centre Hospitalier Universitaire de Toulouse in France, said: “You can’t see or feel risk factors like cholesterol or hypertension.”

“We explored forehead wrinkles as a marker because it’s so simple and visual. Just looking at a person’s face could sound an alarm, then we could give advice to lower risk.”

“This is the first time a link has been established between cardiovascular risk and forehead wrinkles, so the findings do need to be confirmed in future studies.

“But the practice could be used now in physicians’ offices and clinics.”

READ MORE: Fountain-of-youth pill shown to boost longevity in mice by 60 percent – what about humans?

For their research, the team studies the forehead head of a sample of 3,200 adults, all of whom were healthy and were aged between 32 and 62 years old.

Scores were assigned to participants depending on the depth of wrinkles in the forehead, with a score of zero referring to no wrinkles and a score of three meaning many deep wrinkles.

Participants were followed for a duration of 20 years during which 233 passed aware of various causes.

Those with score one wrinkles had a slightly higher risk of dying of cardiovascular disease, compared to subjects with no wrinkles.

The risk of death grew drastically for individuals with higher scores of wrinkles, however.

Those with scores between two and three had almost 10 times the risk of dying compared to people with scores of zero.

These findings were obtained after adjustments were made for age, gender, education, smoking status, blood pressure, heart rate, diabetes and lipid levels.

The researchers were unable to identify the true nature of the relationship between forehead wrinkles and cardiovascular death.

Doctor Esquirol added: “Forehead wrinkles may be a marker of atherosclerosis. This is the first time a link has been established between cardiovascular risk and forehead wrinkles so the findings do need to be confirmed in future studies.”

The study adds to a string of research looking at signs of ageing that can foreshadow cardiovascular disease.

Prior investigations had established that crow’s feet, which refers to the lines that spread out from the outer corner of the eye, had no relationship with cardiovascular risk.

One connection, however, has been made between male-paten baldness, earlobe creases, xanthelasma and a higher risk of heart disease, but not premature death.

In fact, earlobe creases were deemed a risk factor specifically for atherosclerosis, which results from a build-up of plaque inside the arteries.

A total of 40 studies to date have noted an association between the crease in the earlobe and atherosclerosis risk.

“Of course, if you have a person with a potential cardiovascular risk, you have to check classical risk factors like blood pressure as well as lipid and blood glucose levels, but you could already share some recommendations on lifestyle factors,” concluded Doctor Esquirol.

How to live longer: The sign on your face you could be ’10 times’ more likely to die early

High cholesterol: The three supplements which could help lower your levels

Alzheimer’s: The warm drink that could reduce your risk – the...