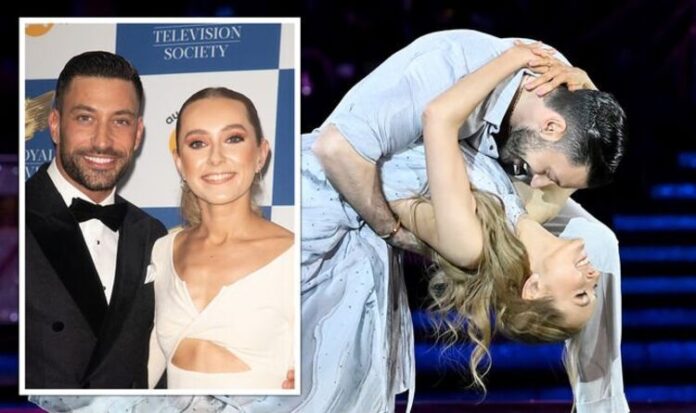 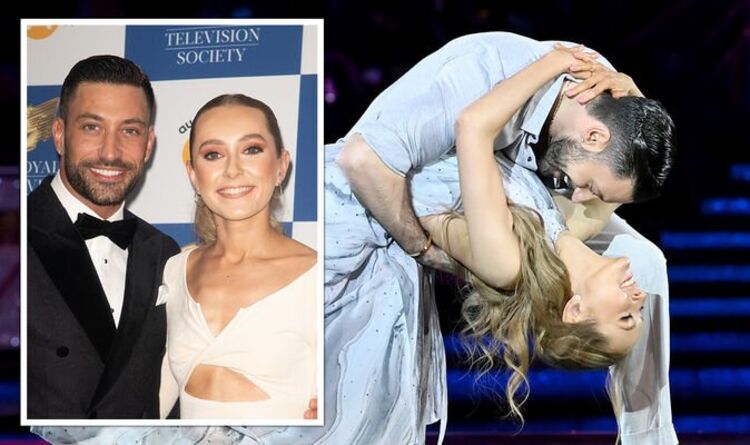 The EastEnders star was awarded the coveted Glitterball Trophy with her professional partner Giovanni Pernice in Strictly Come Dancing 2021 final after winning the hearts of the nation. Following their triumph on the BBC One show, the pair embarked on a nationwide Strictly tour with their fellow contestants and professional dancers. Rose has opened up to Express.co.uk about how much she misses dancing now the tour has ended.

The 27-year-old actress recently attended the Royal Television Society Awards in Mayfair, London, with Giovanni, 31, where they reflected on their Strictly Come Dancing journey together.

Rose admitted to Express.co.uk: “It’s very weird going back into a routine as I do miss dancing a lot.

“I miss the glam and the glitz – I’m back to reality and not wearing fake tan every day.

“I put it on today, but I am used to a Strictly tan, I don’t know what a normal tan is anymore.”

Rose also opened up about her and Giovanni’s silent dance moment during their time in the competition being nominated for a BAFTA.

“It’s an honour, it’s very lovely,” Rose said of the BAFTA nomination for the TV Must-See Moment Award for their silent routine to Symphony by Clean Bandit.

“It’s nice to be recognised in that way and I think it’s really important,” she continued.

“It was a dance for the whole deaf community. It’s a dance to raise so much awareness, it’s a dance that makes an impact.”

A statement from the judges read: “Rose’s silent dance with her partner Giovanni Pernice was a genuine moment of landmark television: we looked on in awe at her skill, grace and determination.

“In dancing her way to becoming the first-ever disabled winner of the Glitterball Trophy, Rose demonstrated just what’s possible when the barriers to opportunity are removed – and talent is allowed to flourish and shine.

“Similarly, the casting of the show’s first male dance couple in John Whaite and Johannes Radebe, coming a year after the first same-sex couple in Nicola Adams and Katja Jones, showed just how hard the producers strive to keep Strictly Come Dancing fresh, modern, and ultimately reflective of its vast, diverse and appreciative audience.

“What a tremendous series it was,” the statement concluded.