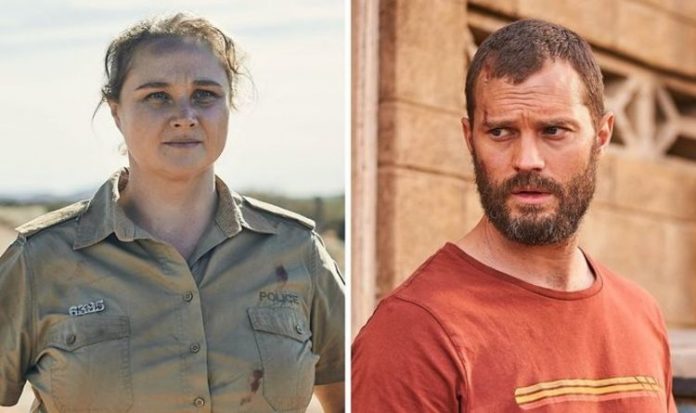 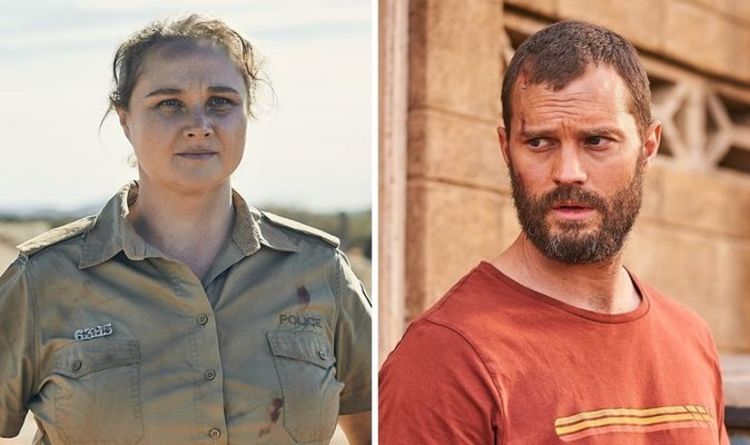 The first instalment of BBC One’s new riveting six-part drama The Tourist kicks off tonight (January 1). The thriller centres around Jamie Dornan’s character, known as The Man, who wakes up in an Australian hospital with amnesia before realising someone wants him dead. Jamie’s character wasn’t the only person in trouble in the show, as cast members have revealed an infuriating issue with shooting in the glowing red heart of the Outback.

The BBC has described The Tourist as being full of “shocking, surprising, funny and brutal turns” as Jamie’s character tries to uncover the mystery of who he was and how he ended up in Australia.

Shalom Brune-Franklin, Alex Dimitriades, Damon Herriman and Ólafur Darri Ólafsson, star alongside 39-year-old Jamie in the drama which was directed by Chris Sweeney.

Ahead of the drama airing, Chris and Danielle revealed a “constant” problem with filming the series Down Under.

Australian actress Danielle, 30, told Express.co.uk and other media: “There were so many [flies] consumed [on set]. There were a lot of Australian salutes going on in the show.

“[Flies] were crawling in my eyes. I tried to leave them alone and then our cinematographer, who is incredible, was like, ‘I wanted to throw up as it was digging in your eye’. I was l know.'”

Director Chris stated: “We’ve literally had to pay so much money to remove flies from shots.”

He added: “Because it’s so remote and hot there’s no water anywhere else, the only water was in your eyes.

“It’s awkward as when you are directing or when you are the crew you can wear a net over your face, and we can be chatting away [unlike the actors].”

Chris, who has also directed the BBC’s Liar, went on to detail other difficulties with filming in remote Australia.

He explained: “We wanted it to be the middle of nowhere for obvious reasons, but what’s interesting is that we discovered there are no things like a service station in the middle of the Outback because everything is clustered in towns – otherwise you’d get like one customer a month.

“We went to Australia looking for service stations in the middle of nowhere, and [the locals] were like, ‘Sorry, we don’t have those here.'”

The director revealed the gas station in the opening episode, which looked as though it was the in centre of the Outback, had to be built for the series.

“And shooting in the Outback is so hot and hostile and you can’t travel too far so you try and be close to towns and cities but make it look like it’s the middle of nowhere.”

The cast and crew managed to avoid any problems with COVID-19 until the last two weeks of filming when the country went into lockdown.

Chris said: “When we arrived in Australia to film there wasn’t any Covid there so it was weird coming from the UK to this place. But as the shoot progressed to the end Covid got there.”