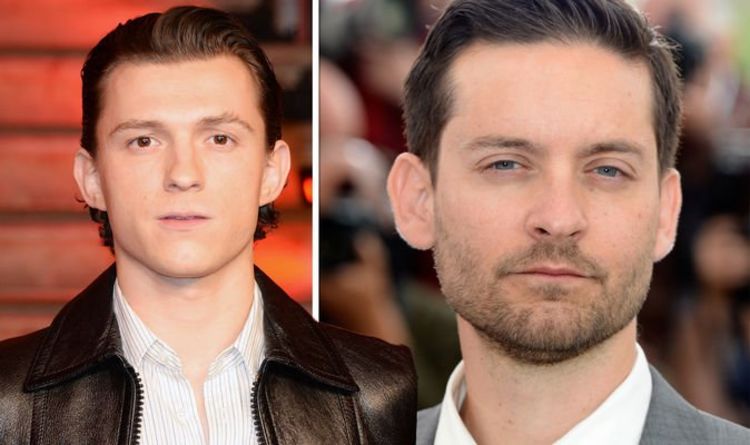 Although Maguire’s Spider-Man films are often criticised because of their questionable third film (Spider-Man 3), they did get a lot right. Holland has now revealed one of the key parts he wishes his films had taken from Sony’s original Spidey films, and it has to do with his costume.

Maguire spent hours inside his actual Spider-Man suit, giving the movies a real tactile and visceral feel when he had fight scenes.

Holland explained how one of the stand-out moments, for him, was when he battled Green Goblin at the end of the first movie, and how this was reflected in his costume.

He told Jake’s Takes: “Tobey’s movies, I love the final battle between him and the Goblin. I think something that I really wish we had done with our movies is kind of the tattered suit stuff.

“You know how he always has the rips in his costumes and the rips on the mask? I really like that because it brought a kind of realism to the injuries that Spider-Man can get.”

This attention to detail made it look like Maguire’s Spider-Man had really gone through the ringer while battling it out with Goblin actor Willem Dafoe. However, this kind of costume detailing isn’t possible for Holland’s version of Spider-Man. A lot of his own action scenes as the wall-crawler involve a CGI suit, which means a physical suit cannot be altered to change his appearance too much. But, considering Holland recently signed on for three more Spider-Man films with Sony and Marvel, this could all change.

Holland was no doubt analysing the Spider-Man films of old as he is rumoured to be joined by Garfield and Maguire in the upcoming movie Spider-Man: No Way Home.

The movie centres around Peter Parker trying to erase his identity from existence, but in doing so he opens up the multiverse.

The trailers for the movie have shown previous Spider-Man foes returning, including Dafoe’s Green Goblin, as well as Doctor Octopus and Electro.

Marvel Studios boss Kevin Feige also recently confirmed the arrival of another Marvel hero, who was originally part of the Netflix family.

Feige confirmed that, if Daredevil were to return to the Marvel universe, he would look like the star we all know and love.

He said: “If you were to see Daredevil in upcoming things, Charlie Cox, yes, would be the actor playing Daredevil. Where we see that, how we see that, when we see that, remains to be seen.”

This may also mean that the likes of Jessica Jones, Luke Cage and Iron Fist could return – but there is no word just yet.