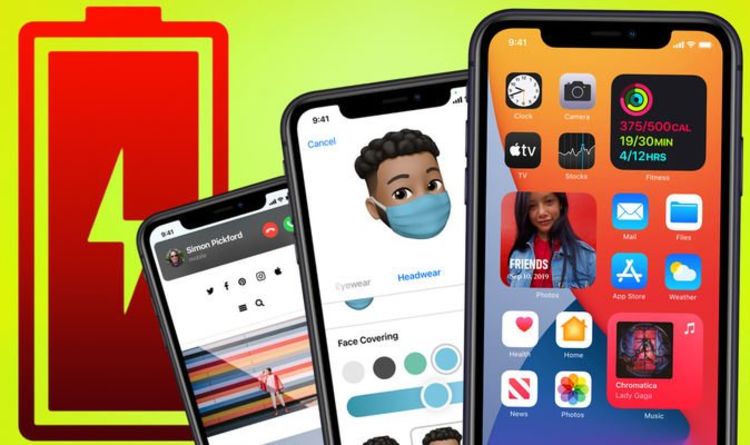 Apple unleashed its latest major revision to the iPhone operating system last week, dubbed iOS 14. In case you missed it, the headline new feature is the arrival of widgets, which can display information at a glance and break-up the monotonous grid of apps that has been present in every version of iOS since the iPhone debuted back in 2007. As well as widgets to reinvigorate your homescreen, iPhone owners can now store apps in the so-called App Library so they don’t have to keep every single app icon arranged in the grid.

Elsewhere, there are improvements to Messages, which lets you tag replies to specific texts in a thread, a redesigned Music app, new customisation options for MeMoji (including covid-secure face coverings), a Translate app to rival Google Translate, and a new Sleep schedule feature designed to help you to put down your smartphone late at night and get some good quality kip.

The arrival of a new version of iOS is always an exciting day for iPhone owners. Unlike Android, where Google Pixel and a handful of third-party manufacturers receive the latest software features on launch day – with millions of other devices from the likes of Samsung, LG, and Sony due to receive the same features anywhere between one and 12 months after that.

With iPhone owners across the globe rushing to install iOS 14, a number of these early-adopters have noticed an issue with battery life following the installation of latest operating system upgrade. Thankfully, this shouldn’t be a reason to panic.

“Battery life on iOS 14 is not doing great,” one user posted on Twitter.

MORE LIKE THIS
iOS 14 is out: 9 of the best new features available on your iPhone

“Can anyone who has IOS 14 say if battery life is worse? I use an XR. I want the new features but I’m not sacrificing battery life,” one social media user posted. Another Twitter user replied, sharing: “Battery life is worse, I recommend waiting until iOS 14.2 Seems like Apple decided to skip 14.1 as developers already got an update for 14.2. But yeah, wait. I used to last all day without needing to charge my phone on iOS 13. Now, I need to charge my phone at least 2 times.”

This seems to be a pretty common complaint. Another Twitter user who claims to have upgraded to iOS 14 when it rolled-out on September 16, 2020, posted: “Anyone else getting low battery life after doing all the iOS 14 aesthetics sh** I charged it to 35% an hour go no I am on 11%”

One iPhone owner was so concerned about the dip in battery life that they reached out to the official @AppleSupport social media account to ask the company behind the best-selling smartphone series: “since updating my iPhone XR to IOS 14 the battery drains extremely fast it never used to. Was on 100% an hour ago and is barely at 40% now when it used to last the whole day.”

Express.co.uk also noticed a drop in battery life on our devices in the hours after the leap to iOS 14. However, this is completely normal.

Major iOS updates will typically drain your iDevice much faster during the first few days of use and there’s a few reasons why. First off, it’s likely that you’re using your smartphone more frequently – after all, it takes some serious time to work out which widgets look best on each homescreen on your iPhone and toggling which apps will keep pride-of-place in the grid of icons… and which will be confined to the App Library.

Not only that, but there is a truckload of fun new features to discover – and settings to tweak and play around – which will all take their toll on your battery.

You’re also likely to be installing a lot more updates from the App Store. Dozens of developers have already started to roll-out crucial updates to their software in order to take advantage of the new software features in iOS 14. If you have automatic updates switched on within the App Store app, these will all be chugging along in the background (at the same time as you’re spending time customising your new homescreens, playing around with widgets… and more).

But even if you haven’t touched your phone since the iOS 14 update, it’s probably still draining faster than usual.

That’s because your smartphone will be re-indexing your data. From contacts to app data, everything that can be searched using Spotlight on the iPhone needs to be re-categorised and sorted by the operating system. Unlike some rivals, Apple insists these complications processes are carried out on the phone, because it does not want the privacy implications associated with sending the data to the cloud.

This is all happening in the background following the update, battery life will suffer and it can take a day or two before things get back to normal.

So, do not worry. Your iPhone should be back to full working order very soon.

Apple Support even replied to that social media user’s complaint with pretty much the same explanation. The Cupertino-based company explained: “We’re happy to help with what’s happening with your battery life after iOS 14 update. Background activity is usually needed when going to a new iOS for about 48 hrs, including apps downloading updates.”

How a Cut-Off Mexican Village Brought NFTs Into Its Disaster-Ridden Community...