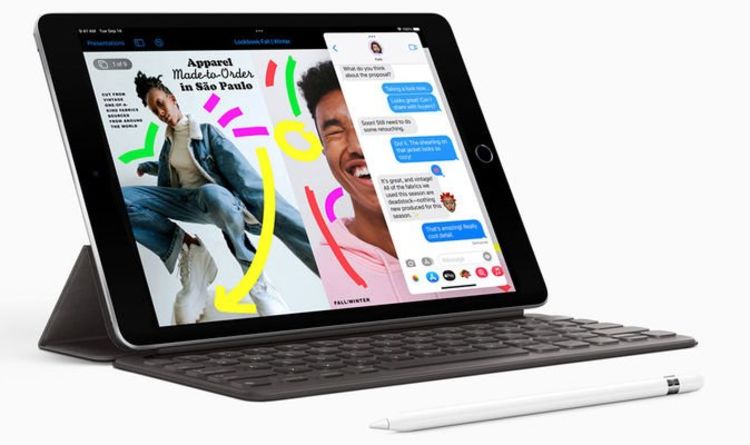 This surprise news will be music to Apple fans’ ears, as the 2021 iPad is one product in particular that has been hit with stock issues.

This is due to the global chip shortage which has led to the PS5 and Xbox Series X consoles being difficult to come by ever since the Sony and Microsoft systems launched in November 2020.

Apple’s recent financial results released towards the end of January have shown how iPad stock levels have hit sales.

The Cupertino-tech giant said in the final three months of 2021 iPad sales were down 14 percent.

However, other products were surging in popularity with iPhone sales up nine percent and Mac sales up 12 percent.

And in positive news to fans, Apple’s chief financial officer Luca Maestri said supply constraints would decrease in the first quarter of 2022.

Maestri said: “The level of constraint will depend a lot on other companies, what will be the demand for chips from other companies and other industries. It’s difficult for us to predict, so we try to focus on the short term”.

For any iPad fans that haven’t been able to secure a tablet yet, Apple may have a surprise up its sleeve that will leave them delighted.

According to the rumour mill, Tim Cook and co allegedly have another high-profile event planned.

It’s believed the first big Apple event of 2022 will be taking place in March, and the headline attractions will reportedly be an iPhone SE 5G and a new iPad Air.

The last time the iPad Air line was updated was back in October 2020.

If the rumoured event does take place on March 8 as speculated then it will be the first Apple event since last October when the iPhone makers revealed its latest MacBooks.

Now the FBI will tell you if your password has leaked...