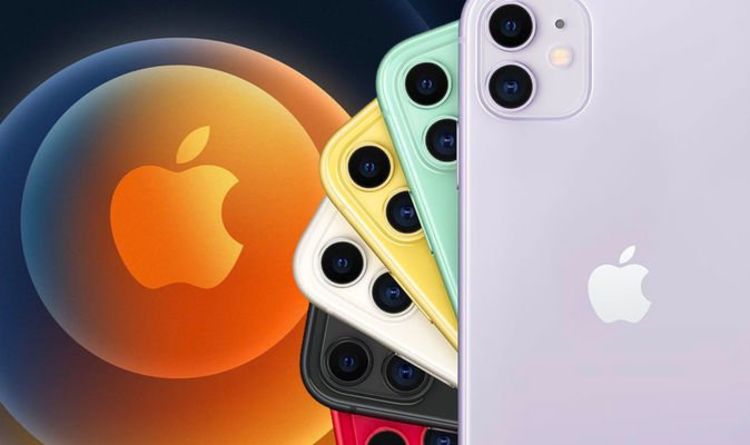 iPhone 12 release: Apple confirms the news we have all been waiting to hear

Apple has sent out invites to another big launch event and this time it seems almost guaranteed to be when the company will reveal a first glimpse of its new iPhone 12 and iPhone 12 Pro series.

Apple held an event last month, dubbed the “Time Flies” keynote, where fans expected to see the new iPhone models. After all, Apple usually announces its new handsets in September. Apple executives had already confirmed the release would be delayed beyond September, but fans had their fingers crossed that the Californian company would offer a glimpse at the new models. Unfortunately, that didn’t happened.

Instead, this online-only event ended up being all about the new iPad, iPad Air, Apple Watch SE and Apple Watch Series 6.

Now we have another launch to look forward to with Apple’s invites saying, “Hi Speed”. This could hint that the new phones are getting 5G along with a faster A14 processor.

The message also reveals a date of Tuesday October 13, which is when CEO Tim Cook looks set to reveals the next generation of phones.

Of course, with the current public health crisis still impacting the vast majority of countries on the planet, Apple won’t be holding its usual people-packed event inside the Steve Jobs theatre in California. Instead, this will be an online-only reveal with fans able to tune in and watch what’s unveiled via a live stream.

Apple always stays tight-lipped about what it has planned but there’s been plenty of rumours which paint a pretty good picture of what’s coming soon.

Judging by the latest whispers we think the US firm could release a total of four new iPhones in three different display sizes – 5.4inch, 6.7inch and two handsets with 6.1inch screens. All of these will purportedly include support for 5G for the first time which will enable iOS users to access superfast speeds when away from fixed-line broadband.

All models could get OLED screens with a top-end Pro version rumoured to be getting a 120Hz screen for a silky smooth experience.

Other extras coming to these iPhone 12 devices may include bigger batteries, faster processors and an improved camera with a LiDAR scanner. For those who don’t know, LiDAR measures the distance to surrounding objects up to five meters away. It’s the same technology used by Tesla to help its vehicles drive themselves and was also used by NASA for its Mars Rover. So, it’s pretty accurate.

We’ll have to wait and see exactly what Apple has in store but with the launch event now just a week away there’s not long left until we find out full details.

Bigger really IS better! Why you shouldn’t spend money on a...

WhatsApp users warned as ‘Argentina is doing it’ message spreads on...