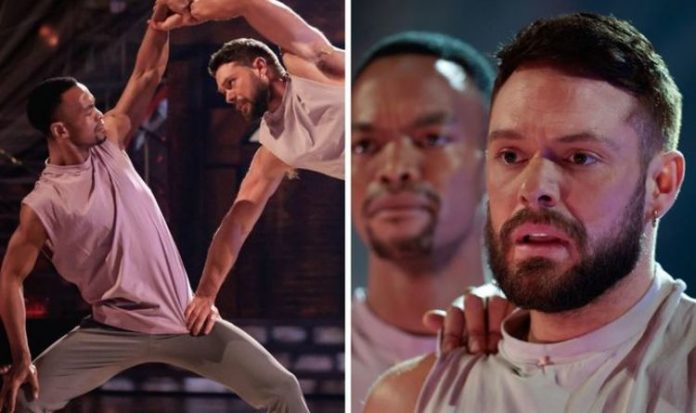 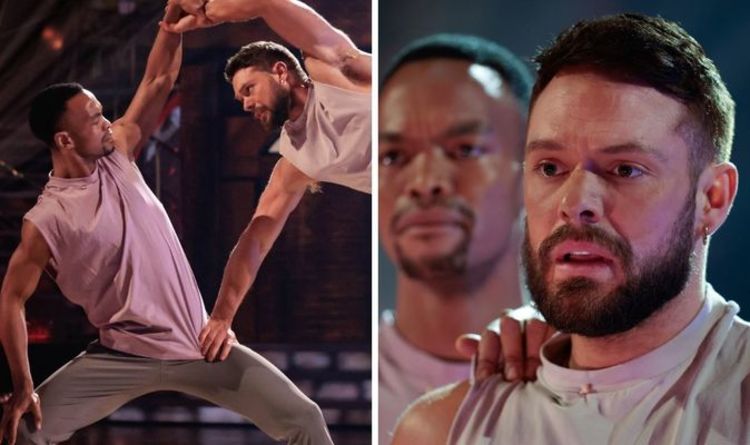 Three couples will be battling it out in the Strictly Come Dancing final this weekend. The finalists vying for the Glitterball Trophy are Rose Ayling-Ellis and Giovanni Pernice, AJ Odudu and Kai Widdrington and John Whaite and Johannes Radebe. Ahead of the all-important final, professional dancer Gary Edwards revealed he thought Bake Off star John may have “peaked already”.

John, 32, and Johannes, 34, have made Strictly history by becoming the show’s first same-sex male couple.

They have continued to impress the judging panel with their energetic routines over the past few months and have been praised by viewers for their ability to switch roles on the dance floor seamlessly.

However, the Bake Off star landed himself in the dreaded dance-off during last week’s semifinal with CBBC presenter Rhys Stephenson.

While John was saved by the judges, Dancing With The Stars expert Gary has explained why he believes the baker won’t take home the Glitterball Trophy.

“Right in the beginning, I was a huge fan of John and Johannes and surprisingly for me I actually sat back and watched the [semifinal] dance-off and I would have put Rhys through.”

He said he watched the dance-off three times and thought Rhys performed far better than John.

Gary said: “I am a huge fan of John but I thought [his performance in the semifinal] was heavy and I didn’t like his timing, and his weight was in the wrong places.”

“Up until now I would have said John and Johannes would be in the final every week, but in that dance-off, I would have given it to Rhys.”

Gary also said he didn’t think John was leading Johannes like the judges thought he was, but he did credit Johannes for being an “amazing dancer”.

Discussing who will miss out on the crown, Garry explained: “AJ is definitely on the ascendancy and I think John and Johannes have basically peaked already and I think it will be challenging for them personally.

“It’s a real shame as I was hoping they could win this year.