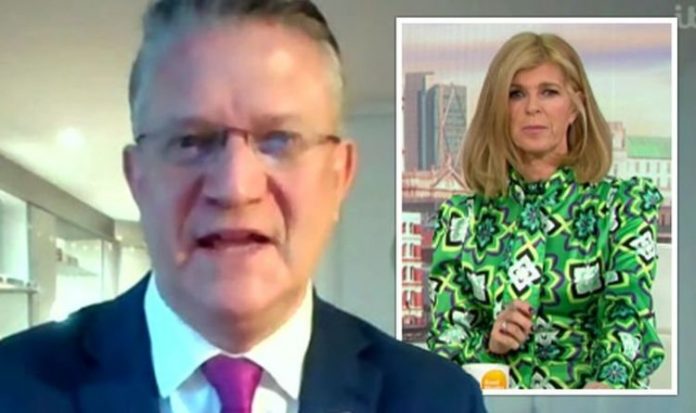 “It’s nothing to do with the switch over,” later adding: “I think that’s wrong I think young people are patriotic.”

Many viewers flocked to Twitter to share their opinion, with Clair Jefferson posting: “In America, before students begin their school day, they stand with their pledge of allegiance, and they sing a national anthem. I Can’t see the harm in saluting the Queens anthem here.”

Joanna Aichroth added: “I’m not against the NA being played daily but how about instead of forcing patriotism we actually take action to improve the country to something that i could be prouder of?”

Good Morning Britain airs weekdays on ITV from 6am.

‘It’s an excuse by the BBC!’ Andrew Rosindell erupts at Garraway in national anthem row