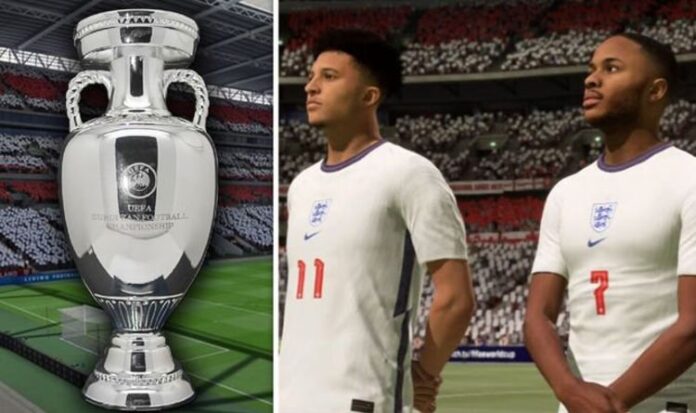 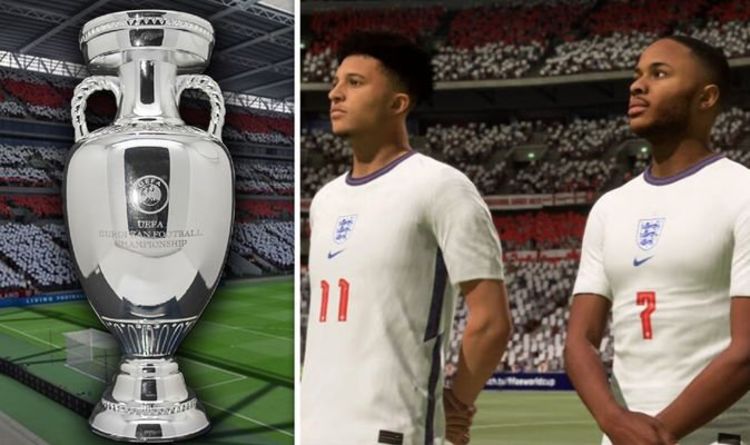 England football fans have been given fresh hope of a UEFA Euro 2020 victory.

With the tournament kicking off in full on June 11, football fans have been having fun predicting the outcome of the competition.

This includes YouTube star Vizeh, who has simulated the competition on both FIFA 21 and Football Manager 2021.

And it’s good news for England fans, because the Three Lions were among the biggest winners of the experiment.

In the FIFA 21 simulation, England are tied with France with two tournament wins each.

Belgium, Germany, Netherlands, Portugal, Italy and Spain all come away with one tournament victory, which seems fairly realistic.

England didn’t fare quite as well in Football Manager 2021, finishing with 14 tournament wins compared to 21 for France.

Spain and Portugal were the only other teams to hit double digits with the Football Manager 2021 simulation, so it’s still a positive sign for the Three Lions.

Remarkably, Poland won the tournament four times in the Football Manager 2021 simulation, while Scotland won it once!

You can check out the breakdown for each simulation in the videos above and below.

Speaking of FIFA 21, EA Sports recently launched the Festival of Futball in time for the UEFA Euro 2020 Championship.

“From brand new special Player Item types to a variety of themed Squad Building Challenges and Objectives, get into the festival spirit this summer in FUT,” reads the official description.

“We are kicking the festivities off with special Festival of FUTball Path to Glory live items that upgrade based on National Team wins.”

The first Path of Glory side features the likes of Phil Foden, Antoine Griezmann and Eden Hazard.

FIFA 21 fans can also expect a host of special Weekend League Rewards, which are outlined in a new EA Sports blog.

It's coming home: England tipped for Euro 2020 glory by FIFA 21 AND Football Manager