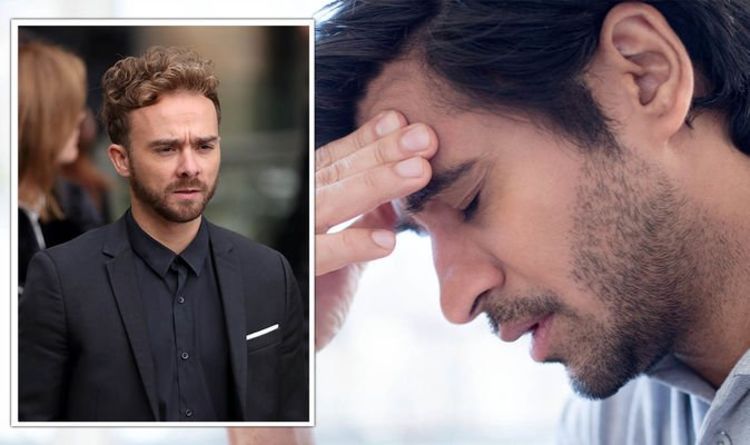 The 33-year-old is a firm favourite amongst fans of the ITV drama, winning awards for Villain of the Year as well as Best Actor. However, off screen, the star suffers with intense migraines. Along with the severe headaches that lead to hours of side effects, the star also suffered from intense stress after seeing himself on screen.

In a shock confession back in 2019, the star explained that he had never suffered with a common cold.

Joivally interacting with fans on social media, he credited playing outside as a child as well as eating healthily and drinking milk “off the doorstep” for his ability to avoid ill health. Yet, the star did admit to suffering from migraines.

More than just suffering from migraines – which is a severe headache – Jack explained that during an episode he can “throw up for 10 hours, and ultimately go blind!”

The dramatic side effects may seem extreme, but the NHS explains that symptoms such as feeling sick, being sick and an increased sensitivity to light and or sound are common for those who suffer with migraines.

In fact, there are several different types of migraine that individuals can suffer from, all of which usually begin in early adulthood.

Migraine aura without headache, also known as a silent migraine, is the final type and is used to describe a migraine that has warning signs but individuals do not have a headache.

In addition to migraines, Jack has experienced difficulties with stress, stress that was caused by turbulence in his personal life.

The stress within his personal life acted as a knock off effect, first causing his hair to fall out and second affecting his mental health.

Talking about this vicious circle of events, Jack said: “I remember seeing myself on screen and thinking, ‘Oh my God, it is really falling out.’

“I have had a few personal issues off-screen which have been stressful, and I am also an insomniac which just adds to my stress levels.

“My hair loss was also affecting my mental health.”

In an attempt to curb the effects of his stress, and fix his hair loss, Jack decided to have a hair transplant, transforming his hairline.

In a candid Instagram post, Jack explained his reasons behind having the surgery. He said: “I could see the difference when I watched myself on screen and when I was travelling in a lift and the mirror would highlight my hair loss.

“A few of the make-up girls at Corrie suggested that I should have it done and I have talked it through with a few people at work.”

The NHS continues to explain that stress is one of the main emotional triggers of migraines. This occurs as stress pushes hair follicles into a “resting” phase, so that they do not produce any new hair strands. Other triggers can include the following:

Stress is the body’s reaction to feeling threatened or under pressure. Although very common, too much stress can affect our mood, our body and our relationships.

Signs that you or someone you know might be suffering from stress are as follows:

Although stress is hard to prevent, there are several ways in which individuals can minimise the amount of stress you experience. Very Well Mind states that the “key” to managing stress is to make some stress-relieving activities part of your regular routines.

Eating a healthy diet, finding social support, exercising regularly, meditation, and practising self-care are all ways in which individuals can improve their ability to handle stress, as well as potentially reduce the amount of hair they might lose.

Dementia diet: The best fruit to protect against Alzheimer’s disease