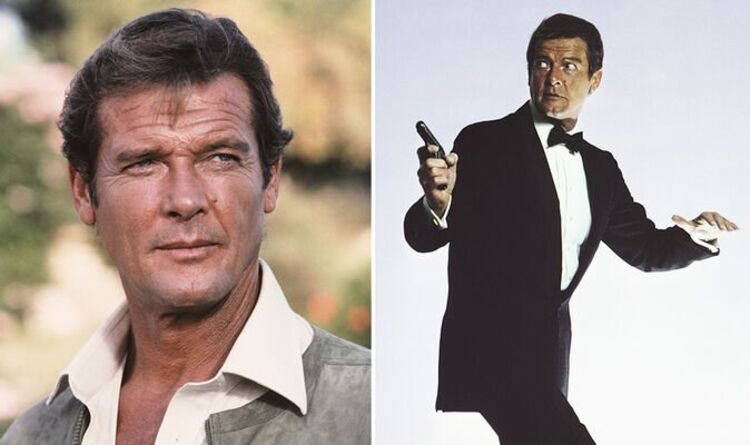 At the end of Roger Moore’s third James Bond movie, 1977’s The Spy Who Loved Me, the credits teased that 007 would return in For Your Eyes Only. However, following the huge success of Star Wars, the producers went ahead with Bond in Space aka Moonraker which paid off handsomely at the box office but had been very expensive. As a result, EON Productions went for a more modest budget of $28 million and a much more grounded tone in the style of Ian Fleming’s novel when they finally made For Your Eyes Only.

Rather than a sci-fi adventure, For Your Eyes Only would see Moore’s Bond on a much more classic Cold War mission, attempting to locate a missile command system before it finds its way into the hands of the Russians.

Bernard Lee, the Bond franchise’s M since the very beginning with Sean Connery’s Dr No, sadly died of stomach cancer in January 1981, after filming had begun.

Out of respect for the actor, producer Albert R Broccoli refused to recast him and Q’s role was expanded in his place, with the script now changed to say that M was on leave. This meant that For Your Eyes Only would be the only 007 film without Bond’s boss on-screen.

For Your Eyes Only famously opens with Moore’s Bond in a helicopter dropping what appears to be Blofeld in a wheelchair down a chimney, finally killing his arch-nemesis.

The villain couldn’t be named or shown properly for legal reasons since Kevin McClory owned the rights to Thunderball and claimed to solely do so for Blofeld and Spectre, which EON disputed.

Nevertheless, disposing of the baddie so casually was Broccoli’s way of telling him that the success of 007 did not depend on the character.

Yet McClory would go on to make his unofficial Thunderbolt remake two years later in 1983’s Never Say Never Again with Sean Connery reprising Bond and Max von Sydow as Blofeld. The rights matter wasn’t settled until 2013, only after which did Christoph Waltz go on to play the villain in 2015’s Spectre and 2021’s No Time To Die opposite Daniel Craig.

In this For Your Eyes Only scene, Sylvester had to act as Bond falling off the side of a cliff, which involved a sudden rope jerk right down by the bottom that could be fatal.

The stunt worked without any problems, but at the time he said: “From where we were [shooting], you could see the local cemetery; and the box [to stop my fall] looked like a casket. You didn’t need to be an English major to connect the dots.”

Heights weren’t the only challenge faced on the Greece shoot though, as the Eastern Orthodox monks living in the monastery at the top of the Meteora rock formation provided a terrible nuisance on the production.

The story goes that the monks didn’t approve of the violence associated with the James Bond movies, but a trial at the Greek Supreme Court ruled that the religious order only owned the interiors, while the exteriors and surrounding landscape was that of the government’s.

Apparently, Moore had tried to cool things down by telling them that he had been a Saint, having played The Saint before Bond in the TV series of the same name.

To protest, the monks sabotaged the production as much as they could by hanging their washing out of the windows and covering the main monastery with plastic bunting and flags to spoil shots. They even put oil drums out to stop the crew from landing their helicopters.

To get around this, the crew built a set on a neighbouring rock and filmed interiors back at Pinewood Studios on a set designed by Peter Lamont.

James Bond: Roger Moore drank for his nerves on For Your Eyes Only set sabotaged by monks