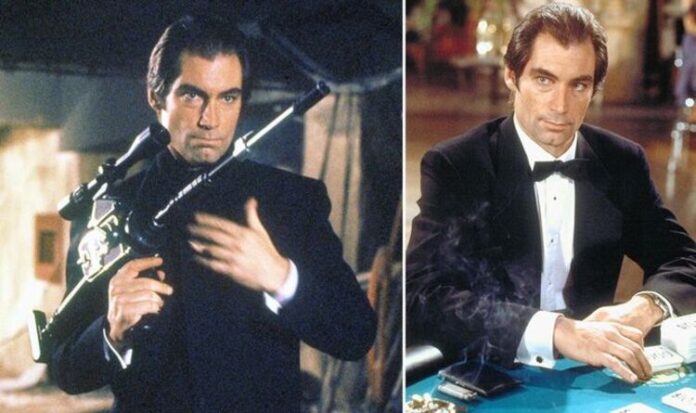 Long before Daniel Craig introduced the world to his gritty take on James Bond, Timothy Dalton and already done it during his brief era in the late Cold War period. Following on from Roger Moore’s seven camp outings as 007, the Welsh star’s take on the role in 1987’s The Living Daylights went back to the spy character as Ian Fleming created him for the books.

Dalton, who turns 76 today, only played Bond once more in 1989, in the time for the fall of the Berlin Wall.

The closest the 007 franchise has been to an all-out American action movie, Licence To Kill saw Bond’s go, rogue, as M stripped him of his, you guessed it, licence to kill.

The movie was directed by John Glen who helmed every Bond movie of the 1980s, which included Moore’s last three.

During an interview with Empire, the filmmaker was asked how he dealt with a 007 star in a bad mood, admitting he once had a big confrontation on set with Dalton.

Glen shared: “On one occasion…towards the end of Licence To Kill, which was a very tough shoot, I had a broken toe, and I was in quite a bit of pain. Tim and I had a bit of a slanging match, but he was very professional, he got over it.”

Take this with a pinch of salt, but it’s rumoured the spat was over if Dalton’s Bond should have his hands in his pockets or not as a former Commander in the Royal Navy, since 007 was perhaps a bit more relaxed in character than the stiff upper lip expectations of his time in the forces.

As the director mentioned, stress was high on set since he’d had a difficult time pulling off all the action pieces and stunts, especially as the Bond film budgets hadn’t hugely increased for the last few 007 movies.

Dalton was set to return for a third movie in 1991, however a legal dispute between EON Productions and MGM stalled the follow-up.

Once this was resolved, the star was asked to lead GoldenEye, yet he only wanted to do one more film.

So producer Cubby Broccoli told him: “Look, Tim. You can’t do one. There’s no way, after a five-year gap between movies that you can come back and just do one. You’d have to plan on four or five.’”

Dalton explained to The Week in 2014: “And I thought, ‘Oh, no, that would be the rest of my life. Too much. Too long.’ So I respectfully declined.”