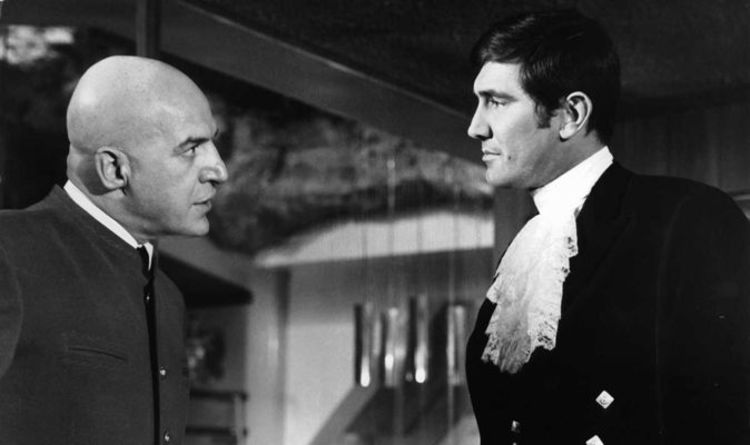 Following Sean Connery’s original departure from the James Bond film franchise with 1967’s You Only Live Twice, unknown model George Lazenby was cast to fill his shoes in 1969’s On Her Majesty’s Secret Service. Producer Cubby Broccoli suggested established star Telly Savalas play Bond villain Blofeld this time around. The SPECTRE villain’s plan would be to hold the world to ransom by threatening to render all food plants and livestock infertile.

Back in 1981, the one-time Bond actor Lazenby gave an interview to 007 magazine about working alongside Savalas, who would have been 100 today.

Asked about his billing on the poster being in the same wording as his co-stars, the Aussie said at the time: “I will tell you another thing. Telly Savalas thought he was the star!”

On how he got along with the Kelly’s Heroes legend, the 007 actor said: “He was OK – I didn’t fall in love with him if that’s what you mean. His lifestyle is completely the opposite to the way I lived. So I mean, we could get along – talk, act, laugh and joke together.”

Nevertheless, Savalas was incredibly kind to Lazenby, helping him along with his acting when others doubted the model’s talents.

During filming in January 1969, Savalas also met Sally Adams (billed as Dani Sheridan) who played one of Blofeld’s Angels of Death and was 25 years his junior.

The two later moved in together and had their son Nicholas Savalas on February 24, 1973.

Although the couple never legally married she would go by Sally Savalas while they were together until 1978.

Savalas also went on to have great success during this period playing Kojak on TV. The star himself died on January 22, 1994, just one day after his 72nd birthday following a battle with cancer.