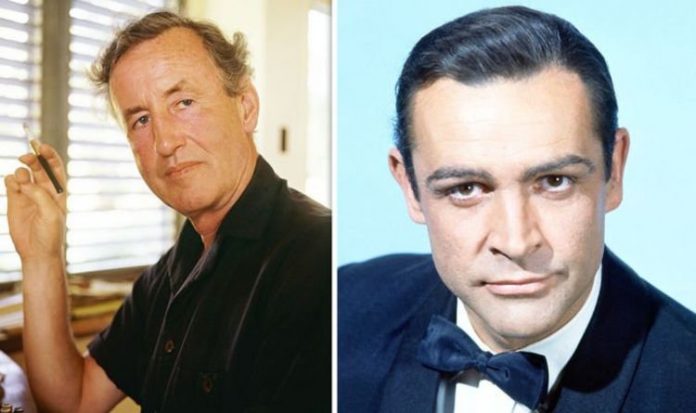 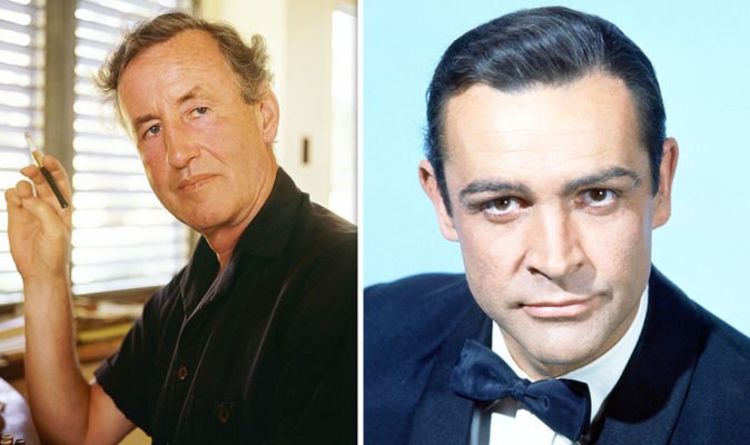 Fans of the legendary British spy will have to wait until April for the release of No Time To Die. The next actor to portray James Bond is still heavily speculated over ahead of Daniel Craig’s departure from the role next year. Tributes poured in last month after the death of Sir Sean Connery, the man who brought the now-58-year film franchise to cinema screens for the first time. But in a damning swipe, 007 writer Ian Fleming let loose and furiously tore apart director Terence Young about how his books were being brought to life.

Mr Fleming was deeply concerned that his popular spy novels would not be used to their fullest extent and become a B movie before the release of Dr No in 1962.

The Bond creator longed for a big name actor to lead his series to success and was deeply disgruntled when Sir Sean was cast.

He also hoped legendary film director Alfred Hitchcock would take on the franchise but he refused and advised millionaire businessman Ivar Bryce against investing in the film.

He said: “Showbiz is a ghastly biz and the last thing I want is for you to lose your pinstripe trouser in its grisly maw… nor, of course, do I want the first James Bond film to be botched.”

Michael Feeney Callan who wrote the 1993 biography, Sean Connery: The Untouchable Hero, described that Mr Fleming and the future Bond were more alike than they realised.

While Sir Sean worked from the age of nine to support his family in the poor Fountainbridge tenements, in Edinburgh, Mr Fleming had enrolled at Eton College and lived a life of modest luxury.

In later interviews, the Bond actor mocked those who attended the private boarding school, including Prime Minister Boris Johnson, on Parkinson in 2003.

Despite this, Mr Callan claimed they shared the same passion and wrote: “To some [it] was almost ugly in its intensity. Both enjoyed risk-taking, both acquired sophisticated tastes.”

When Sir Sean was cast Mr Fleming “wasn’t happy” but he “kept up a brave face” about the franchise’s star.

Mr Fleming was not the only one to be surprised by their casting choice – Sir Michael Caine claimed to have been “amazed” when he heard that Sir Sean was Bond.

He recalled: “I was sure they’d give it to Rex [Harrison], because he was your living image of upper-crust good-living.”

Actor Robert Hardy described it as an “oddball casting” but a “tremendous compliment to Sean” because they imagined someone “contrived and English”.

One unnamed film director who knew Sir Sean told The Saturday Evening Post that the star “was on the garbage heap of acting until Bond”.

They continued: “Actually it was a bit of a joke around town. There were those in the Buxton Club who thought Bond a backward step, B movie stuff.

“And those who imagined Sean Connery clad in anything other than Levis and beatniks [sic] suede shoes as [a] travesty.”

Mr Fleming’s frustration over the direction his series was being taken was revealed when he confronted director Terence Young at a United Artists function in London.

Mr Callan described who that he “squared up to the realities of an untested director guiding a half-known ex-labourer star into James Bond’s elegant world”.

But Mr Young “was not shaken” and told him: “Let me put it this way, Ian. I don’t think anything you’ve written is immortal as yet.

“Whereas the last picture I made won a Grand Prix at Venice. Now let’s start even.”

Upon Dr No’s release in 1962, Sir Sean received critical aplomb from viewers – despite previous doubts over his ability.

Variety Magazine wrote: “Agent Bond, in short, is just a great big hairy marshmallow, but he sure does titillate the popular taste.

“At last the varlet pimpernel can be seen on screen. He looks pretty good.

“As portrayed by Scotland’s Sean Connery, he moves with a tensile grace that excitingly suggests the violence bottled in Bond.”

Later Mr Callan noted that while Mr Fleming was concerned about Sir Sean playing his now legendary spy, he later stated that the actor was how “he imagined bond”.

The writer continued: “Were he writing the books all over again, he stated, Connery would be his clothes horse.”

Michael Feeney Callan’s biography Sean Connery: The Untouchable Hero was published by Virgin Books in 1993 and is available here.