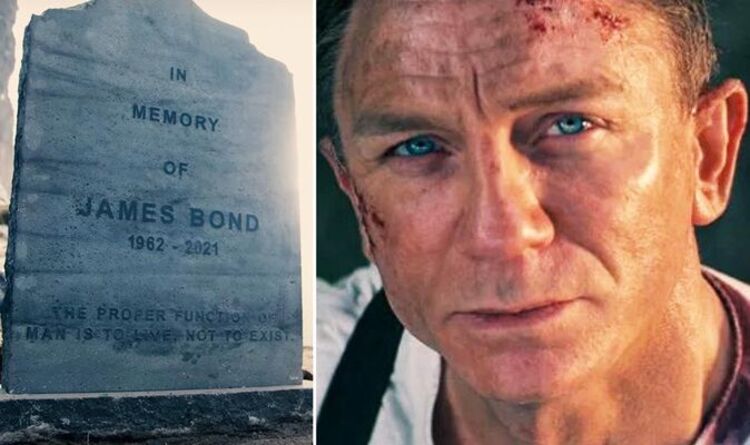 It was Hollywood’s best-kept secret for decades. Despite an 18 month delay, James Bond’s death in No Time To Die didn’t leak. Towards the end of Daniel Craig’s swan song, it wasn’t entirely clear how his 007 would bow of the franchise. After making sure Madeliene and their daughter Mathilde had escaped Safin’s island safely with Nomi, the spy was tragically injected with nanobots by the villain, meaning that if he touched his family ever again they would perish. After finishing off his nemesis, Bond accepted his terrible fate as the missile strike he’d told M to order ended up killing him too.

The incredibly emotional scene left fans aghast, as Bond told Madeleine just before his immediate death, “You have all the time in the world”, echoing George Lazenby’s emotional On Her Majesty’s Secret Service final scene when his wife was killed by Blofeld.

Filmed in Denmark’s Faroe Islands as a mock-up for Safin’s lair, Daniel Craig’s 007 had his final moments high up on the cliffs of Kalsoy Island in the North Atlantic.

Now the demise of Ian Fleming’s spy has been commemorated by the Faroe Islands Prime Minister Bárður á Steig Nielsen.

An accompanying video shows the grave’s construction and when the tombstone was finished, it had to be transported onto the island via helicopter due to the island’s twisting roads and deep valleys and is now erected next to the Kallur Lighthouse.

In the video, the text reads: “James Bond was here, but he never returned home. Now the islanders have decided to commemorate him. Bond will be forever remembered at the place he was last seen in the Faroe Islands.”

The memorial’s idea to the fictional character was the idea of 27-year-old sheep farmer Johannus Kallsgard. Named as “The King of Kalsoy” in the No Time To Die end credits, he was the location coordinator for the death scene spot and helped with the movement of film equipment.

Fans can take an 8-hour James Bond Sightseeing Tour by Guide to Faroe Islands, which costs approximately £313 per person and can be booked here.