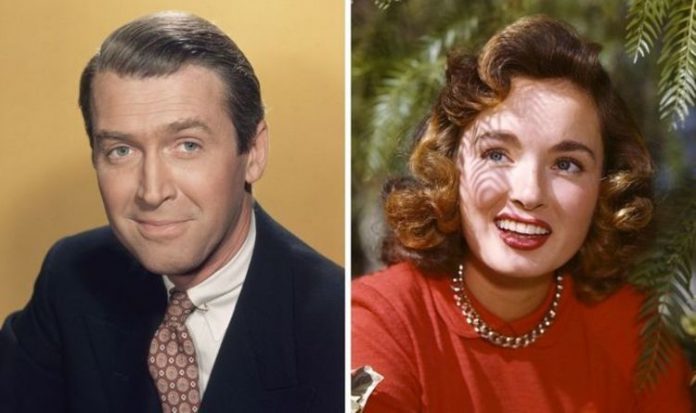 The Forties festive classic, which celebrates its 75th anniversary today, follows suicidal businessman George Bailey, who meets a guardian angel named Clarence. The angel decides to show George what the world would have been like if he was not born, in a bid to make him appreciate his life. Clarence shows George how he has touched the lives of his community and how different the life of his wife Mary and the town of Bedford Falls would be if he had not been born.

It is now a staple Christmas film for families across the globe, however James, the film’s lead, almost quit acting before being cast as down-and-out businessman George.

The actor, who had found massive success a decade earlier, enlisted as a private in the Air Force after the US entered World War 2 in 1941 and attained several awards for his service while fighting in Europe.

When he returned to Hollywood, his experience in the war led him to believe the acting profession was “too frivolous” and considered quitting, according to the daughter of Donna Reed, who played George’s wife in It’s a Wonderful Life.

Speaking to Closer last year, Mary Anne Reed said: “I don’t like to mention this but Capra and Jimmy Stewart had this whole success together before the war with Mr Smith Goes to Washington and all of that.

“Everyone participated in the war effort, but especially those two and they were gone from Hollywood for four or five years.

“There was a lot of insecurity on set, because Jimmy Stewart wasn’t sure if he wanted to act anymore.

“He thought it was too frivolous, but Lionel Barrymore and others talked him into it.”

James was an established star when cast as George, having had his big breakthrough in the ensemble comedy ‘You Can’t Take It With You’ in 1938.

In 1974, the studio did not renew Its a Wonderful Life’s copyright and the film became public domain, meaning that broadcasters could air it for free.

After it was constantly played on television around Christmas, it soon cemented itself as a festive classic.

She said: “So, there was this insecurity on set and mum was really not that well known.

“He blamed her because she wasn’t as well known. She was quite happy when it came out.

“I mean, she passed away in ‘86 but by the early Eighties it was on constantly and we always watched at Christmas.

“She was so happy it was so popular.”

Despite struggling at the box office, James received an Oscar nomination for his performance as George, and continued to act well into the Nineties.

He also remained part of the Air Force Reserves until 1968 and was ultimately promoted to the rank of Major General in the Air Force retired list in 1985 by President Ronald Reagan.

James Stewart wanted to quit acting before It’s a Wonderful Life: ‘Too frivolous’