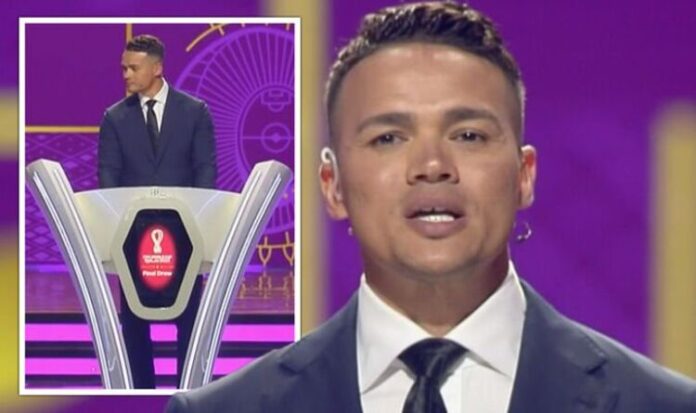 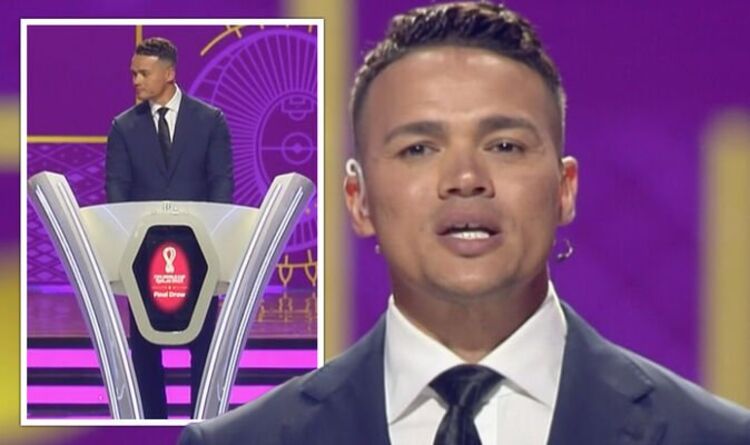 Mark Chapman fronted the World Cup 2022 draw coverage from the BBC studios in the UK alongside the likes of former England striker Alan Shearer, ex-Nigeria player Efan Ekoku and European football journalist Julien Laurens. However, on the ground in Doha, Qatar was Mark’s colleague Jermaine Jenas, on hand alongside Carly Lloyd and Samantha Johnson to conduct the draw.

Jermaine, Carly and Samantha were joined on stage by some of the biggest names from World Cup history – from Jay-Jay Okocha and Tim Cahill to Ali Daei and Lothar Matthaus.

Each former footballer was enlisted with pulling the names of each participating country from each pot to determine what the World Cup groups would be for the tournament later this year.

While Jermaine wasn’t in charge of selecting the nations, he was on hand to ensure all ran smoothly and explain any constraints that may have arisen with the draws.

However, the fact that Jermaine had landed a pivotal role during the globally broadcast event led some viewers in the UK to question the decision.

England were drawn in Group B alongside the USA, Iran and either Scotland, Wales or Ukraine.

Wales recently saw off Austria in their World Cup qualifying play-off and now will face either Ukraine or Scotland, who are still to face off in their own play-off.

The winner of that fixture will earn themselves a spot in Group B alongside England, the USA and Iran.

The full draw and confirmed World Cup 2022 groups are as follows: