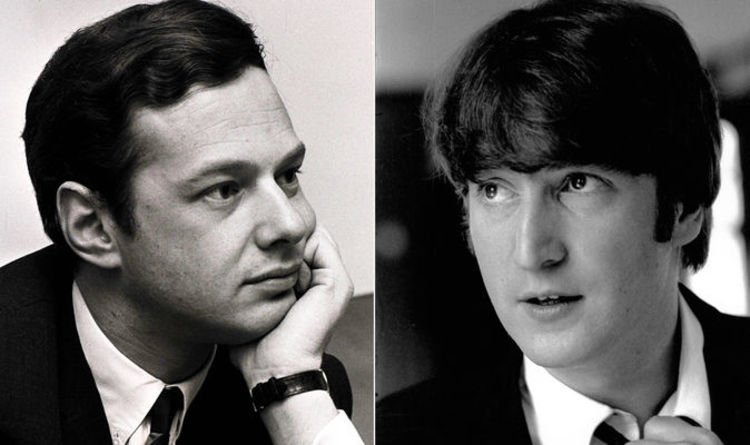 John Lennon and Brian Epstein ‘love affair’ on holiday: ‘It was pretty intense’

On April 28, 1963, Paul McCartney, George Harrison and Ringo Starr jetted off on holiday to Santa Cruz, Tenerife, for a 12-day getaway. One member of the band was missing. At the same time, in a move that sparked major rumours of a scandalous affair, John Lennon accepted an offer from Brian Epstein to travel with him to Barcelona. Incredibly, John’s wife Cynthia had just given birth to their son Julian, but the star chose to leave his family and go with his friend “picking up boys.” The Beatle himself admitted he was a “bast**d” for doing it.

By the time they came back from Spain, rumours were spreading that they were involved in a gay relationship.

In public comments, the star made light of what went on, but both his later wife, Yoko Ono, and a schoolfriend said there was much more to it.

Lennon himself said: “I watched Brian picking up the boys. I like playing a bit faggy, all that. It was enjoyable, but there were big rumours in Liverpool, it was terrible. Very embarrassing.”

In his 1983 memoir, Shelton described how Lennon confessed: “Something did happen with him (Epstein) one night.”

The account is rather graphic, with Shelton saying Lennon told him: “What happened is that Eppy just kept on and on at me. Until one night I finally just pulled me trousers down.”

Shelton says Lennon offered Epstein sex but the other man apparently just wanted to “touch” him and they engaged in a minor sexual act.

Shelton explained that Lennon had felt sorry for Epstein and told him: “What harm did it do, then? No harm at all. The poor fucking bast**d, he can’t help the way he is.”

Indeed, many think Lennon actually was inspired to write the song Hide Your Love Away by Epstein’s life.

Years after Lennon’s death, Yoko Ono declared that her husband was interested in sleeping with another man but had never gone through with it for one important reason.

She said: “The story I was told was a very explicit story, and from that I think they didn’t have [sex].

“I’m sure Brian Epstein made a move, yeah… (Lennon) just didn’t want to do it, I think. I think he had a desire to (sleep with men), but I think he was too inhibited”.

(The beginning of the year he was killed, he said to me, ‘I could have done it, but I can’t because I just never found somebody that was that attractive.’ Both John and I were into attractiveness – you know – beauty.”