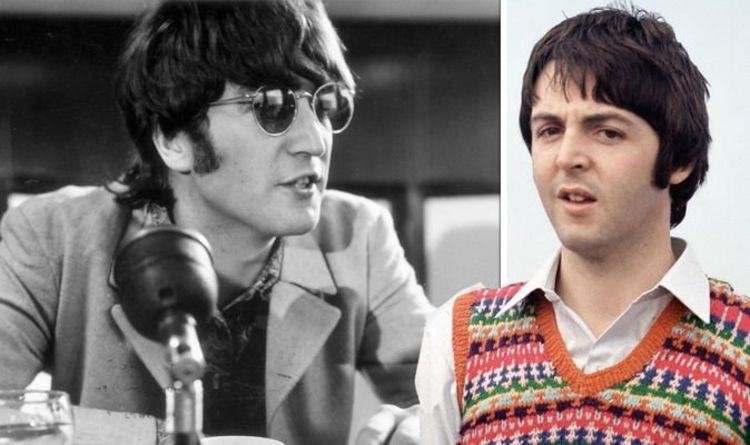 Together, The Beatles stars John Lennon and Paul McCartney created the iconic Lennon-McCartney Songwriting Partnership. They wrote dozens of songs that have made history with millions of tracks sold and 17 number one hits. So then it is extraordinary to think that Lennon disliked the lyrics to one of their biggest-ever songs.

Lennon was not a big fan of the McCartney song Yesterday, a track he famously wrote in his sleep.

He once told author Barry Miles: “I woke up with a lovely tune in my head. I thought: ‘That’s great, I wonder what that is?’ There was an upright piano next to me, to the right of the bed by the window. I got out of bed, sat at the piano, found G, found F sharp minor 7th – and that leads you through then to B to E minor, and finally back to E. It all leads forward logically. I liked the melody a lot but because I’d dreamed it I couldn’t believe I’d written it.”

After spending some time thinking he had accidentally plagiarised another tune, McCartney brought it to the rest of the band, Lennon, George Harrison and Ringo Starr.

But it wasn’t until 1965 that McCartney would perfect the lyrics. He recalled: “I started to develop the idea … da-da da, yes-ter-day, sud-den-ly, fun-il-ly, mer-il-ly and Yes-ter-day, that’s good. All my troubles seemed so far away. It’s easy to rhyme those a’s: say, nay, today, away, play, stay, there’s a lot of rhymes and those fall in quite easily, so I gradually pieced it together from that journey. Sud-den-ly, and ‘b’ again, another easy rhyme: e, me, tree, flea, we, and I had the basis of it.”

Although the song went on to sell more than 1.5 million copies, and reached number one in more than five countries, Lennon was apparently never happy with it.

Lennon told Playboy’s David Sheff in 1980, where he explained how his issue stems from the song neglecting to finish its own story. He said: “Paul wrote the lyrics to Yesterday. Although, the lyrics don’t resolve into any sense. They’re good lines. They certainly work, you know what I mean? They’re good – but if you read the whole song, it doesn’t say anything; you don’t know what happened.”

McCartney told the BBC: “The worst thing for John, was that he didn’t write Yesterday, I did. And he would get really quite biffed because you would be in New York and the pianist would go and hum the song. That would annoy him.” And another friend of Lennon went on to confirm the star’s frustration as well.

Journalist Howard Smith said of the song: “Yesterday drove him crazy. People would say: ‘Thank you for writing Yesterday, I got married to it, what a beautiful song.’ He was always civil. But it drove him nuts.”

Meanwhile, McCartney has said Yesterday is his favourite song of The Beatles. He confessed: “Well, it’s difficult to choose the favourite. It [Here, There and Everywhere] is one of my favourites. You look at your songs and kinda look to see which of the ones you think are maybe the best constructed and stuff. I think Yesterday – if it wasn’t so successful – might be my favourite.”