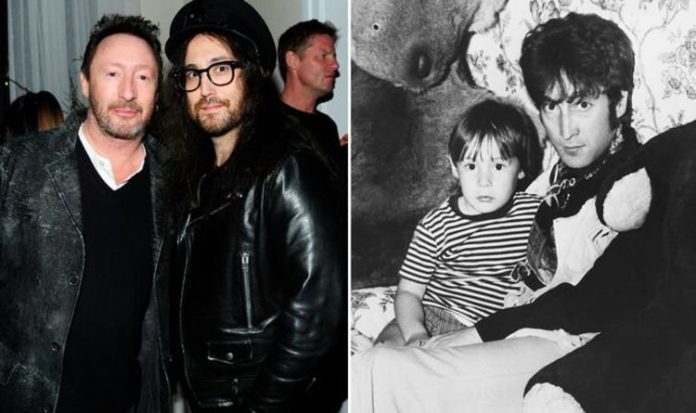 It’s been 41 years since John Lennon was killed, but his incredible music legacy lives on to this day. During his short life, The Beatles legend had a couple of sons with his two wives. In his first marriage to Cynthia Powell, he had Julian Lennon in 1963 and later in 1975 he had Sean Ono Lennon with his second wife Yoko Ono.

Julian and Sean occasionally team up for events that are celebrating their father.

Last year, the brothers recorded a conversation of their memories for a special BBC Radio 2 broadcast marking what would have been John’s 80th birthday.

And now they’ve reunited again for the Los Angeles premiere of The Beatles: Get Back, Peter Jackson’s new Disney+ miniseries.

The pair took a selfie from their seats with Stella McCartney inside the El Capitan Theatre in Hollywood.

READ MORE: Elvis Girlfriend on where The King is now and how he could ‘come back’

Jackson believes the footage and 140 hours of audio prove the Let It Be sessions weren’t as dark and gloomy as believed in light of The Beatles’ break-up a year later.

Originally set to be a cinematic film last year, the three-parter will also include the band’s final live performance on the roof of Apple Corps on Savile Row, completely restored.

The final cut of the miniseries will cover 21 days in the studio as the Fab Four rehearsed for their forthcoming album, concert that never happened and film project.

The Beatles: Get Back will stream on Disney+ from November 25 with the second episode debuting on November 26 and the third on November 27.