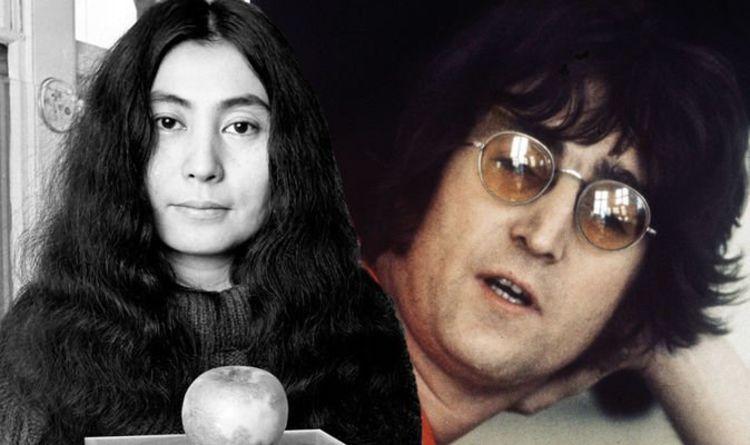 John Lennon and Yoko Ono’s relationship is one which has divided fans of The Beatles. While some have suggested it was Yoko who broke up the band, others have thought she helped unlock a new creativity in John. Their relationship was a complex one, and even their wedding day was full of drama.

Yoko Ono was married twice before she met John Lennon in 1966.

Before John, Yoko eloped with Japanese composer Toshi Ichiyanagi in 1956, but the marriage was short-lived and they filed for divorce in 1962.

At this time Yoko went home to live with her parents as she struggled with mental health issues.

Their marriage was not successful but they stayed together for their careers, as Anthony looked after their daughter and managed publicity for Yoko’s artistic career.

However, the end of their marriage was to come in 1968, two years after she met John Lennon.

Yoko met John at a gallery in London, where she was putting together an exhibition at the Indica Gallery.

Some reports suggest John had wanted to hammer a nail into a block of wood, as part of Yoko’s piece Hammer a Nail, but before the gallery was officially open.

They began to correspond over the next couple of years before things became more serious in 1968.

In 1968, John invited Yoko to stay with him while his wife and son, Cynthia and Julian, were away and Cynthia returned to find Yoko in a bathrobe in the house, drinking tea.

After this, Yoko became pregnant with John’s baby in November that year.

She miscarried weeks after John’s divorce from Cynthia was finalised, after which she then made moves to divorce Anthony.

Yoko and Anthony divorced in February 1969, and in March that year, Yoko and John married.

However, much like their courtship, there was some confusion and difficulty in getting hitched.

According to John in the Anthology documentary, John and Yoko had planned to get married on the way to Paris, meaning the captain of a ferry would marry them as they were en route across the Channel.

However, things did not work out as the Captain would not marry them, and there were issues regarding Yoko’s visa.

John said: “We wanted to get married on a cross-channel ferry – that was the romantic part.

“They said, ‘Anyway, you can’t get married. The Captain’s not allowed to do it anymore.'”

As recorded in John’s song, The Ballad of John and Yoko, they did eventually get their wish, but instead of marrying en route to Paris, they married at the British consulate in Gibraltar, which was not their original plan.

The lyrics are: “Finally made the plane into Paris, honeymooning down by the Seine.

“[Apple assistant] Peter Brown called to say, you can make it okay; you can get married in Gibraltar near Spain.”

In Anthology, John continued: “We went there and it was beautiful.

“It’s the ‘Pillar of Hercules,’ and also symbolically they called it the ‘End of the World’ at one period.

“They thought the world outside was a mystery from there, so it was like the Gateway to the World.

“So, we liked it in the symbolic sense, and the rock foundation of our relationship.”

Despite the lyrics suggesting they honeymooned in the Seine, this was not the case, as instead the couple went to Amsterdam and did their famous Bed-In protest, which, as John told Rolling Stone, meant they had “dedicated it [their marriage] to peace.”

Star Wars: John Boyega opens up on ‘RETURNING’ to franchise in...