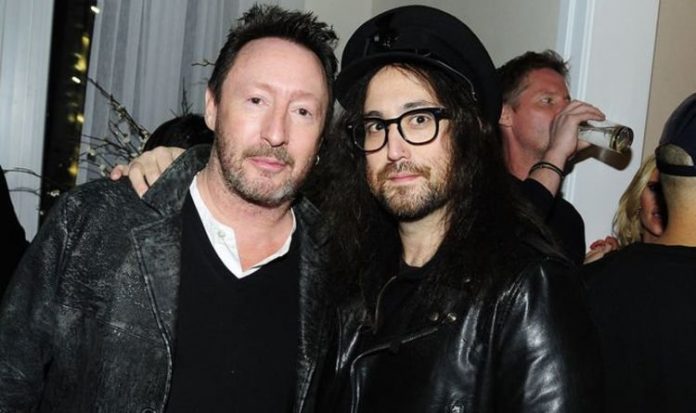 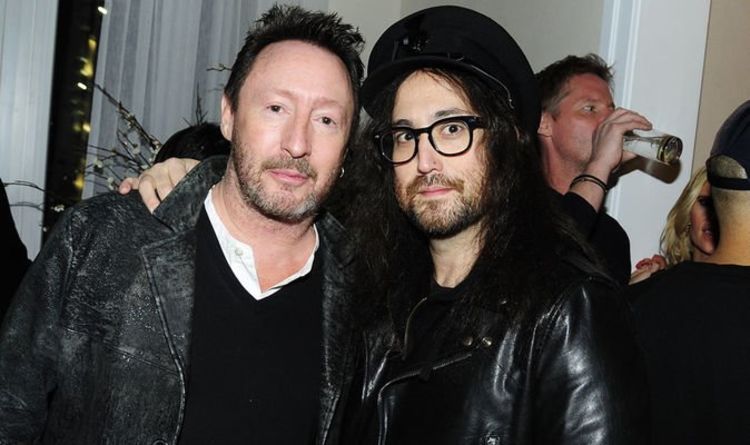 This weekend BBC Radio 2 is celebrating what would have been John Lennon’s 80th birthday. The Beatles legend’s son Sean interviews his half-brother Julian, as well as Paul McCartney and Elton John. During an extraordinary moment, Julian describes how he had started to rebuild his relationship with his father just before the star’s death. The brothers share their emotional memories of how John was feeling at that time, little knowing what was about to happen.

John’s first son Julian was born on April 8, 1963, at the height of Beatlemania. His existence was kept as secret as possible to maintain the Beatles’ teen idol appeal to adoring fans.

Despite some cute posed pictures at home in Liverpool, Julian was not close to his father in the earlier years and shared a closer bond to Paul McCartney.

Hey Jude was originally called Hey Jules and written by Paul to comfort the child during his paremts’ divorce.

Their relationship improved after a 1973 visit to stay with John and new wife Yoko Ono in New York and father and son bonded over music composition and instruments.

Julian was just 17 when his father was murdered outside his New York home on December 8, 1980.

The former Beatle had been working on a new solo album, Double Fantasy, during the final months of his life.The album was preceded by the single (Just Like) Starting Over.

Julian remembers their final conversations: “Dad and I had been getting on and speaking a lot more on the phone, you know, when I was sort of 15, 16 and 17.

“I just remember I was living in North Wales at the time and I’d spent six months or a year in boarding as well and I’d finally come home. And I was living at mum’s house and I was finishing up at school and I remember him playing Starting Over over the phone, he just mixed it.”

Julian says: “I just remember that as being the last kind of moments, listening to him being extremely happy in a happy place, and doing what he loved, and the music that he played me at that particular point, Starting Over, and some of the other album tracks.

“I was very happy for him and looking forward to seeing him again. Anyway, in another dimension…”

Sean adds: “Yeah. Well, the sort of stark contrast between how optimistic and positive that record is musically and how happy he is, and then the sort of context in which it came out is just, you know, there’s no other way to put it, but it’s tragic, but it’s incredible.”

Sean himself had just turned five at the time so his memories are much simpler.

He says: “That is why that record, specifically, is really emotional for me to listen to, because I love the music. I actually remember my earliest memories are being in the studio during that record. But at the same time, it’s just, it’s a little overwhelming how, how tragic the whole thing is.”