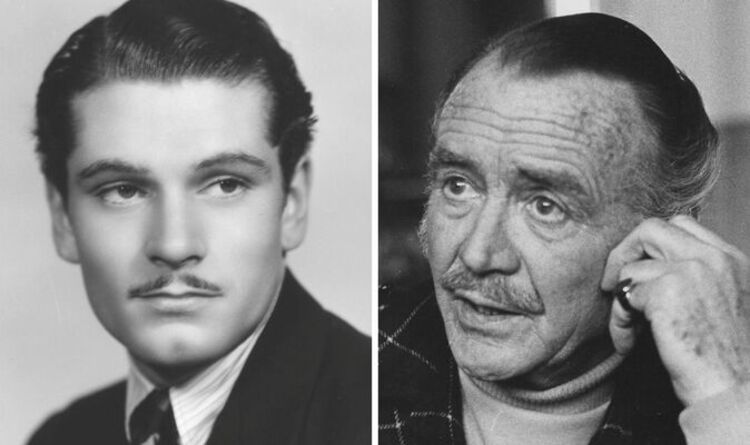 Today, the Charles Dickens classic Great Expectations will be shown on BBC Two. The 1946 British drama is widely regarded as one of the greatest films ever made, and in 1999 was named as the British Film Institute’s fifth best film ever made in the UK. It follows the infancy and later years of a blacksmith’s apprentice called Pip, who is given a vast fortune by a mysterious figure before deciding to move to London and soon enters high society.

As well as Sir John, other greats such as Valerie Hobson, Alex Guinness and Bernard Miles star in the Oscar-winning film, which was directed by David Lean.

The Norfolk-born star would go on to win his own Oscar for his brilliant role in Ryan’s Daughter — worthy of a Best Supporting Actor gong in 1970.

And, while he eventually became a revered star in the acting world, Sir John spoke of his fears while starting out, including a conversation he had with Sir Laurence.

Sir Laurence, along with his contemporaries Ralph Richardson and John Gielgud, was one of a trio of male actors who dominated the British stage in the mid-20th century.

He is often regarded as the greatest actor the country has produced.

Speaking in a 1991 Melbourne Herald Sun interview, Sir John admitted he had “got really as far as I was going to get” in showbusiness after seven years acting as a “musical comedy, juvenile lead”.

He said: “I decided I was going to try and get into the legitimate theatre.

“I was having dinner with Larry Olivier and Vivien Leigh one night and telling Larry [Sir Laurence] I was pretty desperate.”

He was best known for displaying the “qualities of English decency operating at every level of society”.

The legend made his debut as a sailor in the 1932 comedy The Midshipmaid, but soon played other roles in films such as The Wrong Box, Dunkirk and Gandhi.

Speaking about his Academy Award win for a role he didn’t speak much in, Sir John told Associated Press in 1988: “It was weird.

“I just thought I’d been wasting my time for the past 55 years learning all these millions of lines, and then getting an Oscar for not speaking.”

The same year, Sir Richard Attenborough, the iconic director of films such as Gandhi, told the BBC: “[Sir John] gave film acting in England an integrity and a stature that nobody else did precisely in that way.

“[He possessed] the image and the charisma of a major movie star who is essentially an indigenous movie star.

His second wife, Mary Hayley Bell who he was with for 64 years, died shortly after.