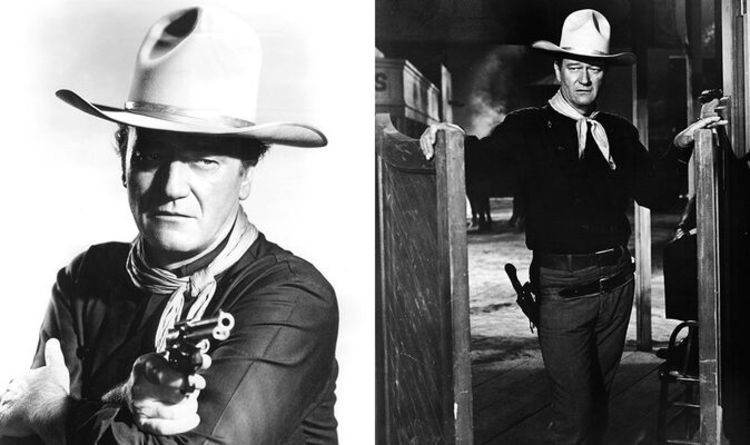 The cantankerous and eccentric John Ford had filmed other Westerns with John Wayne in colour from The Searchers to She Wore a Yellow Ribbon. But when it came to shooting 1962’s The Man Who Shot Liberty Valance with Duke and Jimmy Stewart on the Paramount lot, the director opted for black and white instead. There are different takes over why, including that he thought it was a better medium. However, cinematographer William H Clothier later said: “There was one reason and one reason only… Paramount was cutting costs. Otherwise, we would have been in Monument Valley or Brackettville and we would have had colour stock. Ford had to accept those terms or not make the film.”

On top of this, Reese actor Lee Van Clef – who went on to star in Clint Eastwood Spaghetti Westerns – said that Ford resented the meddling and so would take out his annoyance on Wayne, whose casting as Doniphon was demanded by the studio.

Pompey actor Woody Strode remembered that Ford “kept needling Duke about his failure to make it as a football player”, comparing him to Strode who was a former NFL player.

Additionally, the director kept mocking Wayne for not enlisting in World War II, which made the star feel guilty in his later years.

In comparison, Ford had made combat documentaries for the Office of Strategic Services and had been wounded at the Battle of Midway, while Ranse star Stewart had been a bomber pilot who served with distinction. The filmmaker would ask his Western star: “How rich did you get while Jimmy was risking his life?”

According to Michael Munn’s John Wayne – The Man Behind The Myth, Strode said that the director’s constant ridiculing “really p***ed Wayne off, but he would never take it out on Ford.”

The reason being that the filmmaker’s movies had made him a Hollywood star and the Pompey actor claimed: “He ended up taking it out on me.”

As the two actors filmed an exterior shot on a horse-drawn cart, Wayne was close to losing control of the horses.

When Strode tried to help him, Duke knocked his co-star away. Then, when the steeds had halted, he tried to pick a punch up with his younger co-star. At the time Ford yelled: “Don’t hit him Woody! We need him!”

Stewart said: “It looks a bit Uncle Remussy to me.” This was a reference to the controversial fictional narrator of 19th century African-American folktales, who was later the main character in Disney’s 1946 movie Song of the South – a film that Disney does not make available today due to its racist stereotyping.

In response, Ford said: “What’s wrong with Uncle Remus?” The director then called the crew’s attention and shouted: “One of our players doesn’t like Woody’s costume. Now, I don’t know if Mr Stewart has a prejudice against Negroes, but I just wanted you all to know about it.”

Stewart later said he “wanted to crawl into a mouse hole” after that and Wayne told him: “Well, welcome to the club. I’m glad you made it.”

John Wayne ‘was really p***ed off’: The Man Who Shot Liberty Valance ‘was miserable shoot’