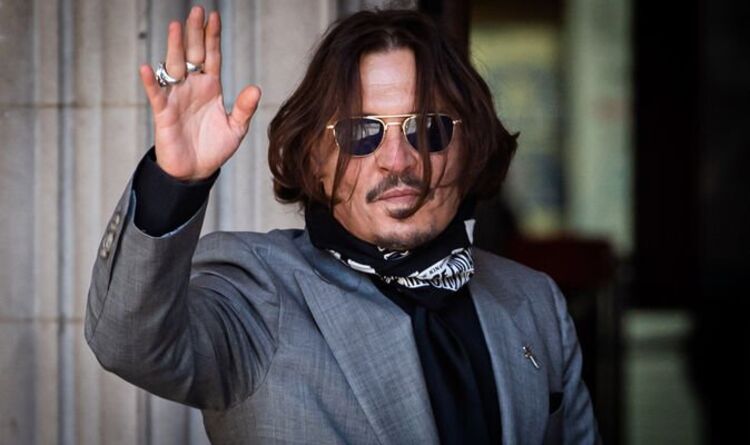 Johnny Depp was accused of being a “wife-beater” to his ex-wife Amber Heard by a British publication back in 2018. The court case went to trial in 2020, where the claims were deemed “substantially true”. Since then, the Pirates of the Caribbean star has been shunned from the film industry while he works through a continuing defamation case.

John Waters, a prolific director and actor in Hollywood, has now spoken out in defence of Depp.

Waters worked with Depp in 1990 on his feature film Cry-Baby, a musical comedy movie that had Depp playing the titular hero, Wade “Cry-Baby” Walker.

The film was a moderate success, earning $8 million on a $12 million budget. Waters’ movie did get adapted into a Broadway show, however, titled Cry-Baby The Musical.

When Cry-Baby was shooting, Waters spent a lot of time with Depp to get his performance just right. He has now opened up about working with the iconic Edward Scissorhands actor.

Water was discussing cancel culture and how the media deals with comments made years ago in a new interview. He said: “There are people I would like to cancel, but at the same time I’m saying it humorously.”

Discussing Depp, he said: “I’m not going to go through each person who’s been cancelled and say what I think, but I never saw Johnny Depp act negatively to a woman in my entire life – and I did drugs and got drunk with him.”

Waters worked with the star in the early 1990s, so a lot has happened since then. However, he isn’t the only star defending the American star.

Winona and Depp were together in the 1990s and enjoyed an on-set romance during the production of Edward Scissorhands. They were even briefly engaged.

It was later reported the media pressure surrounding them resulted in their split. Depp said of the matter: “It’s very hard to have a personal life in this town. My relationship with Winona, it was my mistake to be as open as we were. But I thought if we were honest it would destroy that curiosity monster. Instead, it fed it, gave people license to feel they were part of it.”

Winona said in a 2020 statement: “I understand that it is very important that I speak from my own experience, as I obviously was not there during his marriage to Amber, but, from my experience, which was so wildly different, I was absolutely shocked, confused, and upset when I heard the accusations against him.”

She added: “The idea that he is an incredibly violent person is the farthest thing from the Johnny I knew and loved. I cannot wrap my head around these accusations. He has never been violent or abusive towards anybody I have seen. I truly and honestly only know him as a really good man – an incredibly loving, extremely caring guy who was so very protective of me and the people that he loves, and I felt so very, very safe with him.”

Penelope Cruz spoke out in defence of the star in 2020 as well.

Cruz and Depp also have had a strong connection in the past. They first met in 1993 and became great friends before starring in three movies together. In 2001 they appeared in Blow together. In 2011 they starred in Pirates of the Caribbean: On Stranger Tides together, and in 2017 they both worked on Murder on the Orient Express.

Cruz said in a statement: “I’ve always been impressed by his kindness, his brilliant mind, his talent, and his peculiar sense of humor. I’ve seen Johnny in so many situations and he is always kind to everyone around. He is one of the most generous people I know.” (sic)

She also recalled a touching anecdote about working with the star. She said: “During six months of my first pregnancy, I spent every single day with him while we shot Pirates of the Caribbean. My husband and I will never forget the sweetness, protection, and kindness he treated me with during every single step of that process. We love him very much and I feel lucky to have someone so special in our lives.”

Since being accused of abusing Heard, Depp has been dropped from two of his blockbuster franchises.

Disney officially axed Depp’s character Captain Jack Sparrow in 2020, leaving the future of the series up in the air.

He was also asked to leave the ongoing Harry Potter spin-off franchise Fantastic Beasts. Depp played Gellert Grindelwald in the first two Fantastic Beasts movies, the main antagonist of the franchise. He has since been replaced by Mads Mikkelsen.

The Pirates of the Caribbean films are available on Disney Plus.