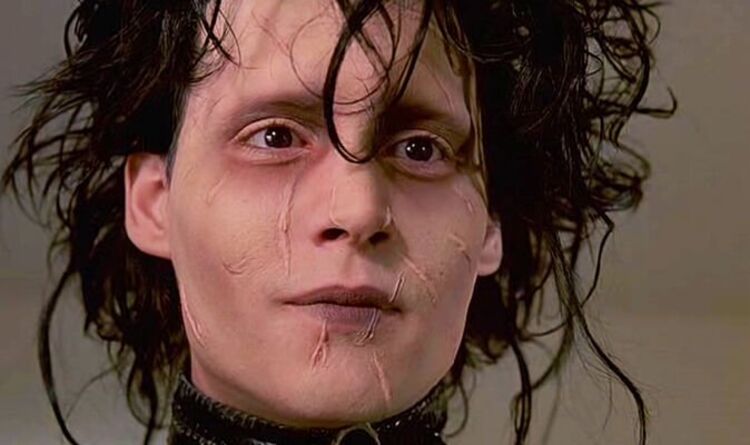 Johnny Depp is now best known for playing Captain Jack Sparrow in the Pirates of the Caribbean film series, but before that, his renown spanned a number of influential film series. One of Depp’s most striking performances was in Burton’s Edward Scissorhands, which showed the American star in a leather jumpsuit with bladed fingers. The gothic fairytale was adored by critics and still holds a 90 percent rating on Rotten Tomatoes.

But, before the film had begun filming, Burton considered a number of other notable actors for the role, including Tom Cruise.

In a new interview, Edward Scissorhands’ screenwriter Caroline Thompson revealed Depp was not the only actor interested in the role. He was competing with Jim Carrey and Tom Hanks as well – to name a few. What’s more, the King of Pop Michael Jackson even expressed interest in playing the reclusive creature.

But Burton wanted either Cruise or the future Iron Man star, Robert Downey Jr, for the role. Cruise eventually pulled ahead in the casting process, but it all began to fall apart as he started asking questions about the logistics of Edward’s life.

Thompson recalled: “[Cruise] wanted to know how Edward went to the bathroom.”

Cruise’s inquisitiveness did not stop there, either. The Top Gun and Mission: Impossible actor was so insistent with his questions that it left him without any chance of securing the role. Thompson said: “He was asking the kind of questions about the character that can’t be asked for this character! Part of the delicacy of the story was not answering questions like: ‘How does he go to the bathroom? How did he live without eating all those years?'”

She even added that Cruise was “certainly unwilling” to be in the film after Burton could not answer his questions.

Eventually, Depp got an unexpected visit at his dressing room while on the set for the film which convinced him he had already been recast by Tom Hanks.

Depp recalled: “There were two young girls at the door and I figured: ‘Oh, [fans] found me and maybe they want me to sign something.’ I don’t know. So, I opened the door. I said: ‘How do you do?’ and they said: ‘Hi. Is Tom Hanks here? Does he live here?’ I said: ‘What? No, not yet.'” He laughed: “I was convinced that Hanks would be replacing me! I was convinced. It was one of the most frightening moments in my career … But luckily, Tim was happy with the stuff, and I didn’t lose my job.”

Edward Scissorhands is available to watch on Disney Plus now.