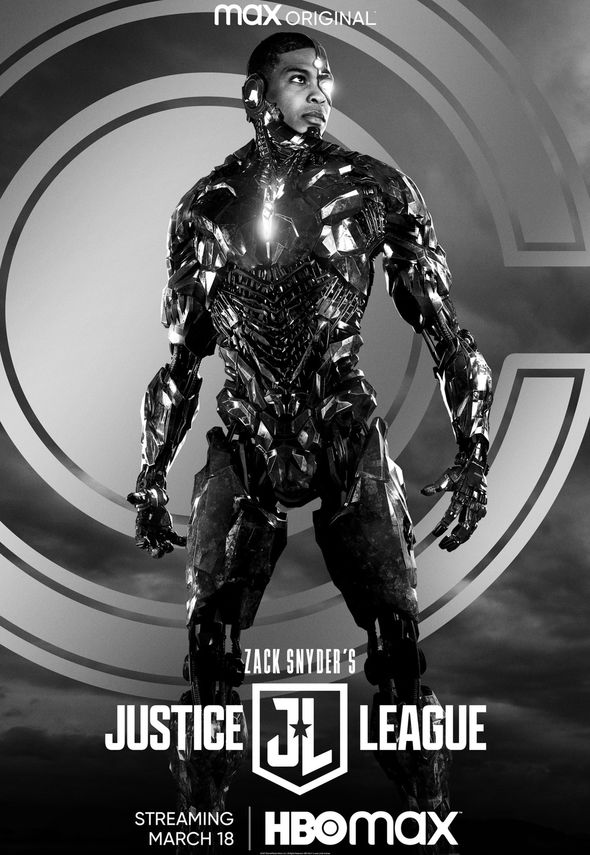 The 2017 version of Justice League was cut short when director Snyder was forced to step down due to a personal tragedy. DC Comics and Warner Bros decided to place Marvel director Joss Whedon in his place, who carried out a collection of reshoots and re-edits, creating a two-hour movie which didn’t resemble the final product Snyder had planned out. After Justice League bombed at the box office – earning just over $600 million at the box office and claiming a 40 percent on Rotten Tomatoes – sequel plans for the franchise were scrapped.

Initially, Snyder revealed he had planned out a Justice League Part 2 and Part 3 to follow on from the monumental events of the first movie.

He recently the upcoming Zack Snyder’s Justice League continues this plan and finishes open-ended with room for sequels.

The director tly told IGN: “Well, it was meant to be two more movies. It hints, as you would, at a potential other world.

“I’d plant the seeds as I had wanted to of what would come in the later films. That’s in there, but as far as those stories that would be to come – if ever that happened, which it does not look like it would – but I think it’s easy to speculate based on that and we can talk about that for quite a while.”

The director added: “It is a cliffhanger… The movie ends in a massive cliffhanger, yeah.”

Justice League Part 2: The team could be getting a second part to the fim (Image: HBO • WARNER BROS)

The release of Zack Snyder’s Justice League stands as a beacon of hope for fans who have been yearning for the DCCU to bolster its narrative and become a direct competitor to Marvel’s Avengers franchise.

But Snyder recently went on the record to confirm that his upcoming revitalised version of the movie will not be considered as the series’ official starting point.

He went on: “I famously said, and it’s true, this is not saying anything, this isn’t controversial… But you know that this film, my Justice League, is not canon, right?

“Canon for Warner Bros is the Joss Whedon version of Justice League, right? That’s, in their mind, that’s canon. And what I’m doing is not. Everything is not. So it’s just interesting, that relationship.

“And I’m fine with it because I feel like the only way that I could have made this film with autonomy was because of that, because of me admitting and agreeing to the fact that it is not canon.”

In a separate interview, Snyder revealed the future of the series, saying: “The reality is, as far as I know, there’s no interest and/or appetite to do more of these movies from Warner Bros, with me anyway. But I didn’t think making this, finishing this film correctly would ever happen.”

During the initial DC Cinematic Universe (DCCU) plan, the time between Justice League and Justice League Part 2 was supposed to be filled with solo superhero movies.

Ben Affleck was set to write, direct and star in his own movie, The Batman, but later bowed out of playing the Dark Knight. He has since been replaced by Robert Pattinson who will be taking his place in the DCCU next year. Details on whether Pattinson’s Batman will be involved in the official timeline have not been confirmed.

Aquaman (played by Jason Momoa) went ahead with its release in 2018 and was a box office smash hit. Not only did it garner a staggering $1.14 billion at the box office, the film also had a sequel green-lit by Warner Bros and a spin-off movie – The Trench – placed in pre-production.

Superman actor Henry Cavill was rumoured to have been dropped from the series after Affleck stepped down, with further reports suggesting he is looking to make a comeback in future films.

The Flash receives his solo movie in 2022, with Affleck returning as the Caped Crusader, alongside Michael Keaton as a different version of the character, in a film rumoured to be taking on the Flashpoint Paradox storyline.

This storyline dabbles with the DC Comics multiverse and alternate versions of the legendary heroes. Further details about whether The Flash will directly follow-on from the events of Justice League are currently uncertain.

But if The Flash did continue the story from Justice League, would it refer to Whedon’s film, or Snyder’s new four-hour cut?

Despite Snyder apparently never being able to continue with any more Justice League movies in the canon, he does have the excitement of the fans on his side.

Considering the hype and excitement surrounding the new version of Justice League – and the fact that the film has been left open-ended with room for sequels – it is possible that the movie will do extremely well and prompt Warner Bros’ hand into creating further films.

Cyborg actor Ray Fisher recently revealed on an Instagram Live that he had seen the final version of the movie and praised it heavily.

Screaming into his camera, the actor said: “Just got finished watching that Zack Snyder’s Justice League!

“Yo, y’all, when I tell you… When I tell you this movie is not even a meal… It is a whole feast. It’s like a seven-day feast that just does not end!

Fisher went on: “Y’all, oh my gosh! I cannot wait ’til next week so we can start talking about it together, amongst the world.

“I called Zack Snyder, left him a voicemail. I called [screenwriter] Chris Terrio, got him on the line… Five years in the making y’all.

“None of this would be possible without you all… I can’t even tell you.”

Zack Snyder’s Justice League is due for release March 18 on HBO Max in the US, and NOW TV in the UK.