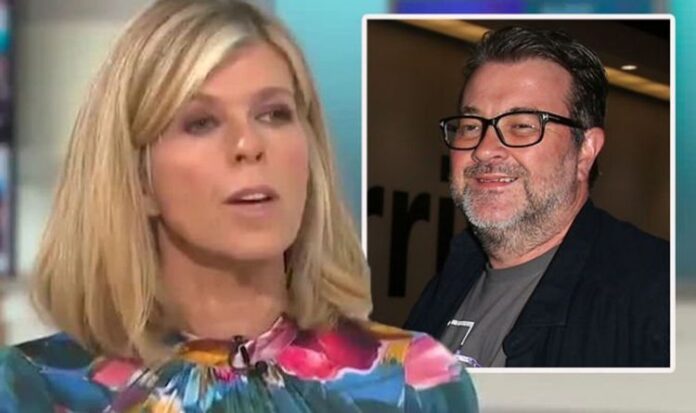 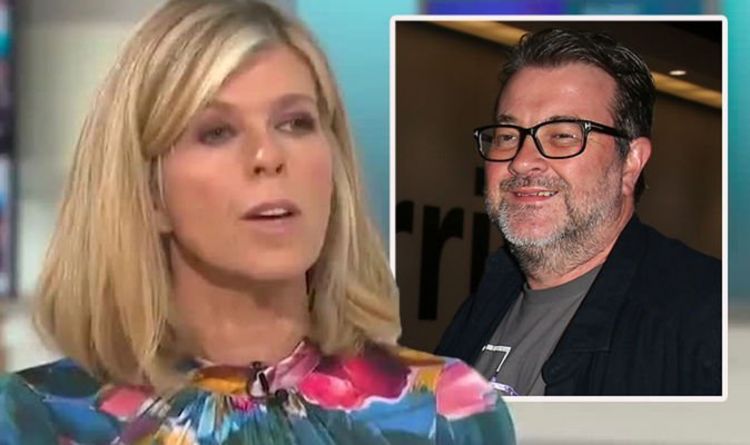 Kate, 53, was left heartbroken last March when her husband Derek, 53, was admitted to hospital after contracting coronavirus. Since then, the father-of-two has remained in a coma and although he’s made small steps with his recovery, the doctors are still unsure as to the full extent of the damage the illness has had on his body. The journalist has provided fans and Good Morning Britain viewers with updates on her spouse’s condition frequently on the show but in a new ITV documentary, she will speak candidly about the devastating toll the last year has had on her and the couple’s children.

The one-off special, entitled Kate Garraway: Finding Derek, will see the presenter discussing the events of 2020 and beyond.

A description for the show reads that the presenter will give: “An unflinching account of the profound effects on her family and on others.”

A journalist in her professional career, the mother-of-two will also talk about the longer-term effects of COVID-19 and what this means for people who have recovered after admission to hospital.

“As Kate lays bare in the film, her family, along with many others who have suffered the effects of the virus, is now facing the reality of adjusting to a very different way of life to the one they lived before the pandemic hit,” the description continued.

Kevin Lygo, managing director of media and entertainment at ITV has also offered viewers an insight into what to expect from the documentary.

“[It] will offer viewers an intimate insight into coping with the impact of COVID-19 as her husband Derek Draper remains seriously ill a year on from contracting the virus,” he continued.

Taking to Twitter, some fans have already reacted to the news, with one writing: “Brave and dignified throughout, we love Kate Garraway.”

As recently as Thursday morning, the mother-of-two opened up about not being able to see her husband during the current UK lockdown.

“We’re not used to not having relatives at the bedside, and I think that added dimension to it, for you, and all the relatives that it is just, just horrible,” he continued.

“So my heart really goes out to you,” Dr Down told the presenter.

The last time Kate was able to see her husband in ICU was during the Christmas period when the couple’s children were reunited with their father for the first time since he was admitted to hospital in March.

As well as featuring in a new ITV documentary, the mother-of-two will also be publishing a book about her family’s ordeal later in the Spring.

Entitled, The Power of Hope, Kate is hoping by talking about her own experience, she will be able to help others in a similar position.

The journalist said back in January: “I’ve been taking time to gather myself and focus like everyone else on getting through this latest lockdown.

“The pandemic is far from over and so is Derek’s journey but I have decided to share our story and what’s helping to keep me going, as we all try to work out what our new futures will look like.

“I am really hoping that it will help you with all that you are going through,” she wrote on her official Instagram page.