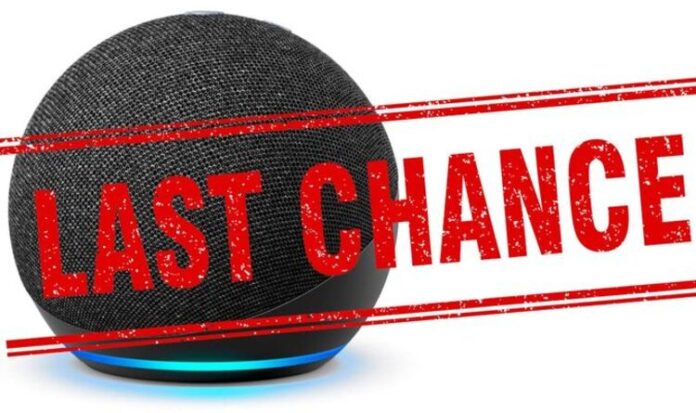 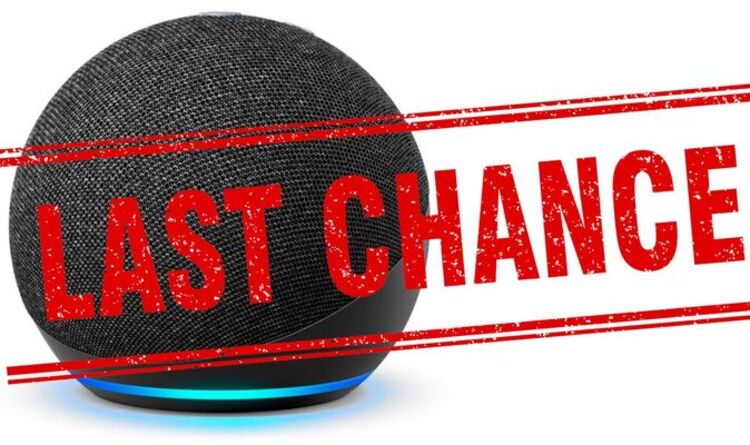 This incredible deal was previously meant to run until the end of February 2022, before Amazon surprised bargain hunters by extending the offer by a week.

The money-saving deal is available until 11.59pm today on the Amazon UK website, so you only have hours left to grab it.

The bargain bundle offers the 4th gen Echo Dot (which launched back in October 2020) at the cheapest price it’s ever been.

Considering one month’s Music Unlimited access is £9.99 if you’re not with Prime or £7.99 if you are, the deal effectively brings the price of an Echo Dot speaker down to £9.99.

This is an incredible price, especially when you consider the other Echo deals running right now on Amazon UK.

So why would anyone opt for these deals instead of the Music Unlimited bundle?

Well, the Ts and Cs of the deal say that you have to be a brand new Echo device customer as well as new to Music Unlimited.

This means if you’ve already got an Echo device registered to your Amazon account you won’t be eligible for the offer.

Also, if you’ve ever taken advantage of a Music Unlimited free trial, or are a paying customer for the service, then you won’t be able to take advantage of the deal either.

If you are eligible for the deal though, and have been eyeing an Echo Dot smart speaker for a while, then this is an offer you really can’t afford to miss.

We usually would recommend a third-gen speaker over the fourth-gen model due to the money-saving deals that often run on the veteran smart speaker.

But the deal that runs out today is the cheapest way to try out an Alexa-powered speaker that’s available on the market right now.

If you do sign up for the deal just be aware that auto-renew will be applied to your Music Unlimited subscription.

So if you don’t want to be charged for membership to the Spotify and Apple Music rival after your one month is up then make sure you cancel before then.