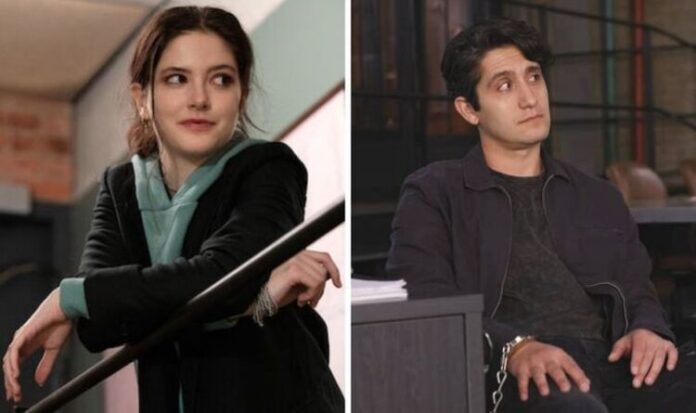 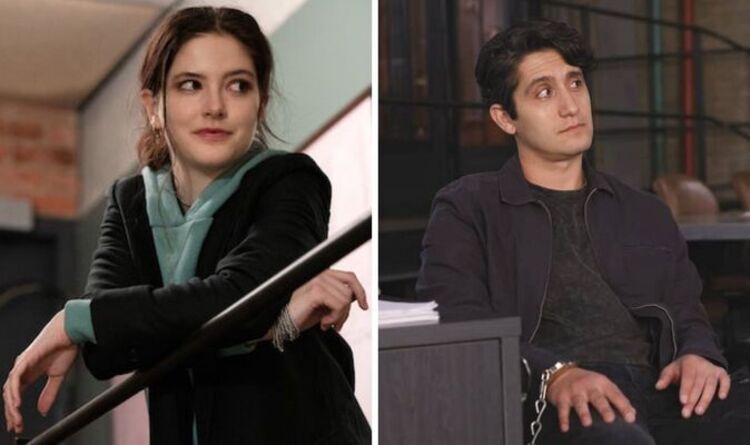 NBC’s most recent procedural spin-off series Law and Order: Organized Crime has taken fans by storm after it premiered with Elliot Stabler’s (played by Christopher Meloni) return in 2021. As one of the few couples on the show, actor Wesam Keesh opened up about his on-screen kiss with Detective Jet after it caused a fan frenzy on social media.

In the episode titled ‘Wheatley is to Stabler’, viewers watched in awe as Adam ‘Malachi’ Mintock and Detective Jet Slootmaekers (Ainsley Seiger) shared a passionate kiss.

With less than a handful of romances on the show, fans were excited to see the series explore the characters’ personal lives alongside their professional ones.

The kiss was the result of months of flirting after the two first met in episode two.

Malachi was a renowned hacker who had begun working for the Organized Crime Control Bureau.

Seiger tweeted: “I wish I had a video of [Wesam Keesh] and I doing shots of Listerine in an alley before we shot this scene.

“So I tend to follow most of Covid protocols, OK, I’m not perfect. However, I thought it was a little ridiculous that we were offered Listerine.

“I don’t know if it’s just for Covid or if it’s just in general, but I took it kind of hesitantly and I was like, ‘This is so weird,’ because we took one like shot of it and then we go into an alleyway and then we’re gargling in front of each other, and I just spit out.”

She added: “I’m like this is so bizarre, I’m not doing this. … We brushed our teeth, we — Listerine — we had gum, so all the bases were covered.”