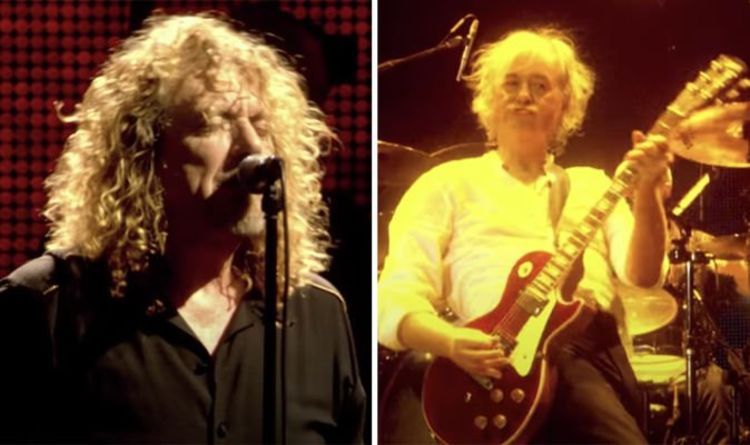 Led Zeppelin REUNION tour: Jimmy Page admits ‘We were ready for it’

Following the death of their drummer John Bonham in 1980, Led Zeppelin have had four reunions over the last 40 years. The last three even featured John’s son Jason Bonham taking his father’s place on the drums. And now Jimmy Page has revealed how Led Zeppelin were ready for a new tour following their last concert back in 2007.

Speaking with Classic Rock, Page recounted how the 2007 rehearsals had been “a lot of fun”.

The 76-year-old said: “There’d be Jason [Bonham], John Paul Jones and myself playing together, so that Jason felt really part of the band, as opposed to like he’s there because he’s John’s son.

“He was there because he was a damn good drummer and it was right that he should be sitting in that seat. But he needed to know that.

“And yeah, a lot of rehearsals went into it. We were ready for it.”

Aside from September 25 being 40 years since the Led Zeppelin drummer died, it was also the 52nd anniversary of the recording of the band’s debut album.

Writing on his Instagram account, Page began with fond members from 1968 before paying tribute to Bonham at the end.

“Sadly, this day is 40 years since his passing. He left a heroic musical legacy.”

Robert Plant, Jimmy Page and John Paul Jones had decided to disband out of respect for their drummer.

Led Zeppelin wrote: “We wish it to be known that the loss of our dear friend and the deep respect we have for his family, together with the sense of undivided harmony felt by ourselves and our manager, have led us to decide that we could not continue as we were.”

Asked about another Led Zeppelin reunion by the BBC this summer, Page said: “It doesn’t look as though there’s anything in the future, unfortunately. We’re talking about a concert that was gigantic at the time, but that was 2007: time passes, y’know?”