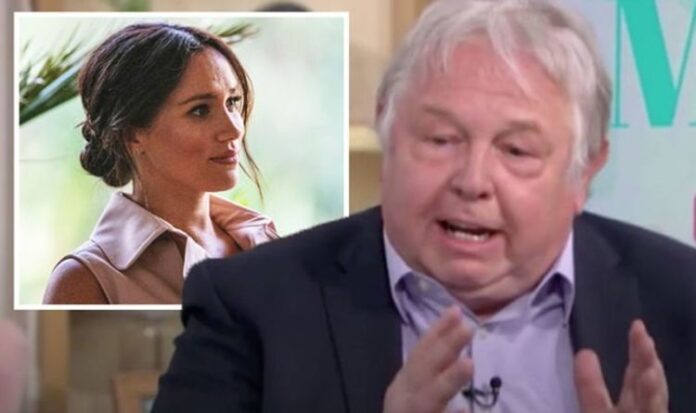 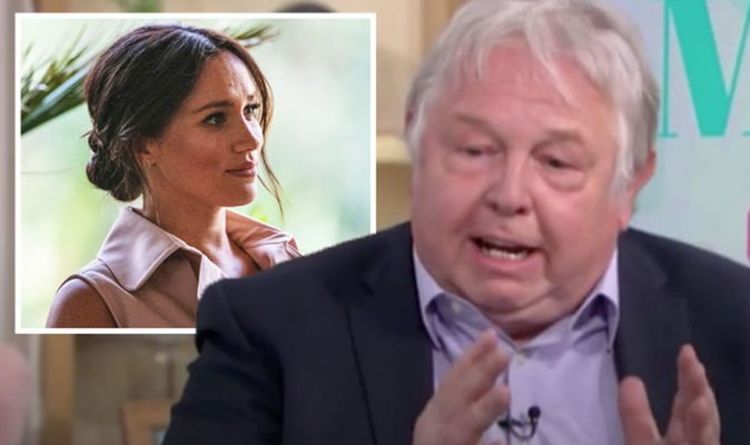 Nick, 62, appeared on Friday’s edition of This Morning to talk about the latest headlines with hosts Alison Hammond, 46, and Dermot O’Leary, 47. One of the topics on the agenda was a photo Meghan Markle, 39, and her husband Prince Harry, 36, had posted on their official website of their son Archie holding a balloon. However, members of the public are not able to see the young Royal’s face as the picture has been taken from the back. Addressing the backlash which has arisen as a result of the camera angle, the LBC radio presenter defended the Sussex’s stance.

The panel debated whether Meghan and Harry didn’t want to show their son’s face because of privacy issues or whether they just wanted to take a nice picture.

Nick said: “I think it is just a nice photo. I think each of them has probably done a few missteps in recent months.

“I would everybody, can we just press pause and can we just try and let them live a little,” the broadcaster explained as he defended the couple.

“If they do another interview, ok, maybe we sharpen our pencils again but for now, can we just let home get on with their lives.

“Let the little chap enjoy life, let Meghan have another baby, and afford them a bit of time and space to see where they go,” he concluded.

Posted on the archewell.com website, the picture of the youngster shows him standing in a garden and wearing a jumper with jeans and trainers.

Taken in with a sepia-tone filter, the image almost looks as if it was taken in the days when his great-grandmother, Queen Elizabeth II, 95, was a child.

The couple also asked members of the public to “advocate for vaccine equity” in celebration of their son’s birthday.

A statement by the Duke and Duchess read: “We cannot think of a more resonant way to honour our son’s birthday.”

Taking to Twitter, members of the public have commented on the picture, with one writing: “That can be any child. A waste of time posting this ridiculous picture.”

Another posted: “Why bother posting this at all?” but not everyone had the same stance as others defended the couple.

“Why would they show his face with all the scrutiny he has already been through, his hair, his skin, leave that little baby alone,” a third commented.

A fourth remarked: “They want to keep him safe from the paparazzi. Well-thought-out picture.”

Other members of the Royal Family also took to social media to mark Archie’s second birthday, including the Duke and Duchess of Cambridge.

Posting a picture on the day of the youngster’s christening, the couple wrote: “Wishing Archie a very happy second birthday today.”

The official accounts for the Royal Family also posted a picture of the first image which was released to the world of the child when he was born.

Captioning the image of the Sussexes with a baby Archie, the caption read: “Wishing Archie Mountbatten-Windsor a very happy second birthday today.”