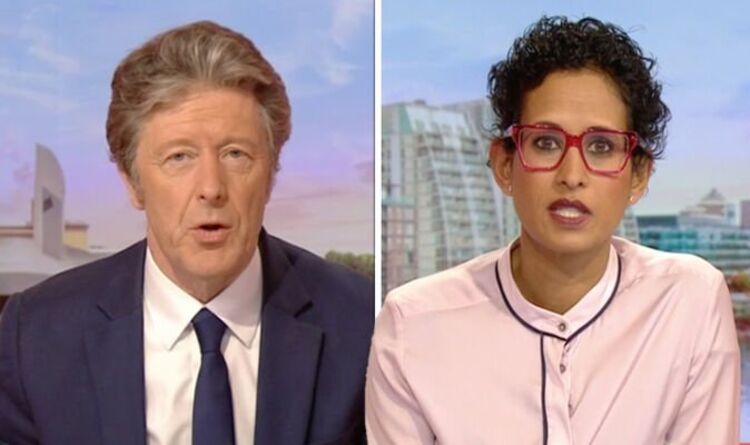 BBC Breakfast hosts Naga Munchetty and Charlie Stayt took a look over some newspaper headlines on Saturday morning’s show. Naga commented on one story about historic school punishments that caught her eye. However, when Charlie suggested getting viewers to share their thoughts, Naga swiftly shut him down.

Highlighting a story about school punishments, Naga began: “I was never given lines at school.”

“You mean when you’d done something wrong?” Charlie remarked.

Naga replied: “Yes, I don’t know if it happens now with children today, but there obviously was a time where you did, ‘I will not lie or I will not hit my friend on the head.’

“I never was given any. Were you?” she asked her co-presenter.

“It’s revealed that in the day-to-day life of people in the time of Ptolemy XII, father of Cleopatra who reigned in the first century BC, the pieces of limestone pottery are used as an alternative to papyrus paper.

“More than 100 pieces of evidence of school work looks suspiciously to those who experienced detention when you used to write lines over and over again to get it into your head.

“Perhaps it was just an easy punishment I suppose,” she said.