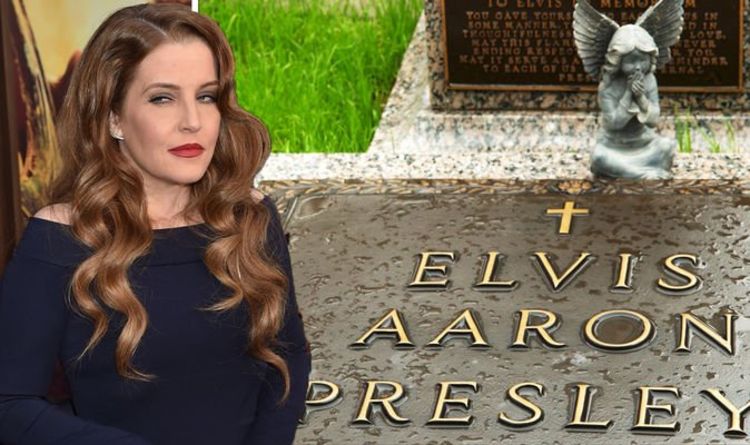 When Elvis Presley died on August 16, 1977, the world was in shock. The relatively young 42-year-old was still in the prime of his life. He was recently engaged to his girlfriend, Ginger Alden, and had just filmed two TV specials, titled Elvis In Concert. But when his body was found in the bathroom of his home, Graceland, everything changed for a lot of people.

Elvis’ daughter, Lisa Marie Presley, was in the next room when her father died. At the tender age of nine, the future singer was perhaps more overwhelmed than anyone else.

Lisa Marie – who turns 54-years-old today, on February 1, 2022 – couldn’t send her father off in a coffin without something special from her, however.

The following day, on August 17, 1977, tens of thousands of fans queued up to see the star’s body and pay their final respects. Before the doors to the venue were opened, Priscilla Presley escorted Lisa Marie to where her father lay in the coffin.

Elvis’ hairdresser cut and styled the King’s hair, dying his sideburns and applying make-up, to ensure he looked his best for his thousands of saddened fans.

Looking upon her father for the final time, Lisa Marie asked for a special request. Funeral director Robert Kendall recalled Lisa Marie asking: “Mister Kendall, can I give this to my daddy?”

The girl held up a thin metal bracelet. Robert agreed, but not before he and Priscilla ensured it would not fall into the wrong hands.

Elvis’ father, Vernon Presley, organised the event and even extended visiting hours for the countless number of fans that arrived to see the star. But, even though he pushed the closing time back, reportedly not even half of all visitors were allowed in, due to the sheer number of attendees.

The following day, on August 18, a traditional funeral took place.

Dozens of white limousines lined the streets, sending the star to his final resting place. Elvis was eventually buried next to his mother, Gladys Presley.

Later that August, there was a failed attempt to steal Elvis’ body. Following this, the remains of both Elvis and his mother were exhumed and reburied in Graceland’s Meditation Garden on October 2, 1977.