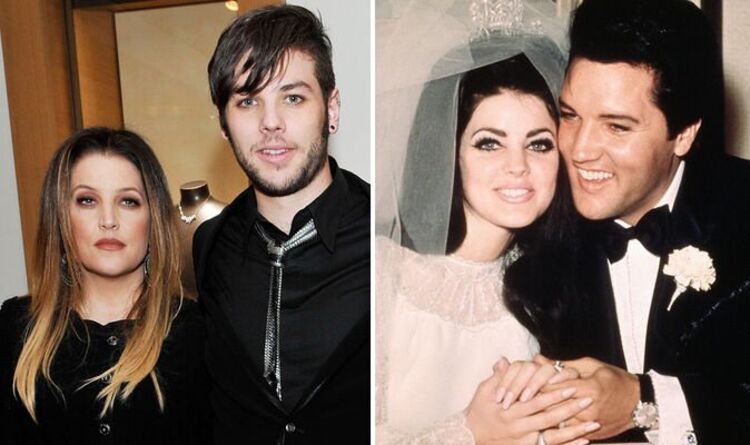 Elvis Presley only married once to Priscilla Presley and together they had The King’s only child, Lisa Marie Presley. The celebrity couple’s daughter was born exactly nine months to the day from their wedding night on February 1, 1968. Her parents later divorced in 1973 and from 1984-2006, Priscilla’s partner was screenwriter turned computer programmer Marco Garibaldi, with whom she had a son.

Lisa Marie’s half-brother Navarone Garibaldi was born on March 1, 1987, when Priscilla was filming the TV show Dallas. In fact, her pregnancy was written into the series. Through his family, he was the half-brother-in-law of Michael Jackson during Lisa Marie’s brief marriage to The King of Pop in the nineties.

Priscilla’s son is also uncle to Elvis’ grandchildren, Riley and the late Benjamin Keough, plus twins Harper and Finley Lockwood.

The 34-years-old reptile lover followed his family into the world of music, as the frontman of Them Guns. His LA-based rock band, in which he sings and plays guitar, is influenced by Nine Inch Nails, Nirvana, Kings of Leon and The Chemical Brothers.

Navarone has recently got married to his Swiss girlfriend Elisa in her home country, as revealed by his mother.

The 80-year-old famously accompanied The King to the White House when he met with President Richard Nixon in the Oval Office around Christmas 1970.

Being only virtually present could mean Jerry was unable to fly over from the US to be there physically. Nevertheless, it looks like he married the happy couple perfectly well.

It’s unclear if Lisa Marie herself attended the wedding, although her daughter Riley, Navarone’s niece, commented with heart emojis.